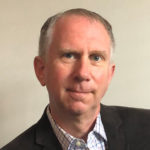 Andrew has worked with Japanese firms since the mid-1980s. He began his career in the Investment Advisory Department of JAFCO, Japan’s largest venture capital company and then part of the Nomura Securities Group. Later he worked in development, production, and acquisitions of filmed entertainment for Fujisankei Communications in Los Angeles. He also headed up the U.S. operations of a Japanese-owned animation and computer graphics house.

Since joining Japan Intercultural Consulting in 2001, Andrew has counseled clients in industries as diverse as manufacturing, management consulting and entertainment. Seminar participants often comment on his conversational, open style, whether in English or Japanese, animated with his own experience and others’.

Andrew is fluent in Japanese and speaks conversational French.

Andrew on how to make friends in Japan HQ