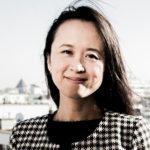 After having obtained her B.A. in Japan, Chie Misumi received a M.A. in Intercultural Communications from California State University, Fullerton. She is a native speaker of Japanese and also speaks English, Dutch and Spanish. Born and raised in Japan, she has lived in the U.S., Spain, and currently resides in the Netherlands.

After working for the European headquarters of Canon, with experiences in the Human Resources Department, covering areas such as recruitment, job descriptions, evaluation, training and inductions, she joined the Japanese Chamber of Commerce to give support to Japanese companies in doing business in the Netherlands and engaged in expanding business relationships between the Netherlands and Japan.

Currently she is a lecturer in International Business School at Amsterdam University of Applied Sciences, and lectures at various other universities within and outside the Netherlands on intercultural management and communications.