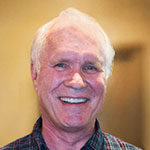 Donald Steiny has experience as an investor, software engineer, academic, and educator. He has been a member of several angel groups and is co-founder of the Action Spot Startup Studio. As a software engineer, he led and worked on significant projects for Hewlett-Packard, Sun Microsystems, Motorola, Bell Laboratories, and many other companies.