Home / About Us  / Team / Heather Harlan 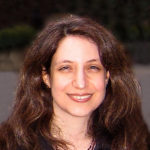 Heather Harlan studied Japanese at Wesleyan University, from where she graduated with a B.A. degree in English. She made her first trip to Japan after winning a Wesleyan scholarship to participate in the prestigious Japan-America Student Conference, an annual summer exchange program for college and graduate school students. After graduation, she lived in Tokyo teaching English at a commercial language school while continuing to study the Japanese language and immerse herself in the culture through homestays with Japanese families. She later returned to New York to embark on a career in journalism and joined the New York bureau of Kyodo News Service as a reporter, where she stayed for five years before leaving to work as an independent journalist. She is also a winner of the Kawamura Cultural Institute’s Japanese Speech Contest, held at the Japan Society in New York.

In her broadcast work, Heather has produced news stories for Japanese TV networks NHK, NTV, TBS, TV Asahi and others. She has reported in Japanese on-air for NHK radio and TBS radio, and in English for the NHK educational channel.