Home / About Us  / Team / Hiroshi Iwasaki 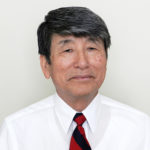 Born and raised in Kanagawa, Japan, Hiroshi Iwasaki worked in the Japanese automotive industry in North America for more than 17 years. His work assignments were in Michigan, Indiana and Canada.

In 1987 Hiroshi moved to Michigan to start up the U.S. design and development facility of a Japanese tier 1 supplier. He returned to the parent company in Japan in 1989 and continued to work for their overseas operation covering Europe as well as North America. In 1999 he returned to the U.S. facility in executive management.

In 2002 Hiroshi moved to another Japanese tier 1 parts supplier in executive management in Indiana. Hiroshi was there from ground-breaking to a successful launch. He was instrumental in developing positive relationships between American staff and Japanese staff that came from the parent company in Japan.

Hiroshi has always tried to establish ways for Japanese and local staff (Americans and Canadians) to create more positive relationships for future success.

Hiroshi earned his B.S. degree from Tokyo University of Science in 1970. He speaks fluent English as well as native Japanese.