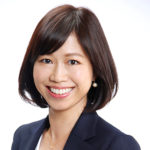 Keiko Nakano is a consultant and executive coach specializing in cross-cultural communication, public relations and leadership development. She has significant experience in the international arena gained from her 15-year service in the Japanese Government as well as her subsequent experience as an executive coach. She has lived in both the U.S. and U.K.

After graduating from Aoyama Gakuin University with a B.A. in International Politics, Keiko studied at London University. She obtained a postgraduate Diploma in World Politics from the London School of Economics and Political Science (LSE) and an M.A. in War Studies from King’s College London.

After returning to Japan, Keiko started her professional career in the Japanese Ministry of Defense, where she gained broad experience in defense policymaking, protocol, defense intelligence, public affairs and defense policymaking. Keiko was also the first Japanese governmental exchange officer dispatched to the Pentagon (the U.S. Department of Defense). While working at the Pentagon’s public affairs office, she conducted research work on the U.S. Government’s Public Diplomacy Strategy.

Throughout her 15 years’ service in the Ministry of Defense, Keiko was involved in a variety of bilateral and multinational initiatives which required expertise in cross-cultural communication. It was during this time that she discovered JIC Founder Rochelle Kopp’s work and applied it to her activities in the government.

After retiring from the Ministry of Defense, Keiko started an English education business and worked as the principal of an English language school for nearly 4 years. She facilitated and led numerous seminars and lectures for major Japanese companies and universities. The total number of participants in her seminars exceeded 3,000. She also developed and provided effective English communication programs targeted at company executives. In this role, she successfully developed and led a team with rich diversity in terms of nationalities, cultures, languages, genders, ages and social/professional backgrounds.

All through her career, Keiko’s consistent interest and passion have centered on the areas of developing motivation, leadership, team-building and empowering women. After qualifying as a professional coach in 2018, Keiko started providing executive coaching and mentoring services for female managers in the aforementioned areas in addition to cross-cultural training. She is an ICF Associate Certified Coach.