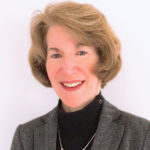 Mary Alice O’Brien-Mecke is a cultural trainer and consultant. She graduated with a Bachelor of Arts degree in Communications with minors in French and Business from John Carroll University and was the first woman to give the Millor Orator address to the graduating class. She continued her education at the Hiroshima Nihongo Gakko studying Japanese language and culture.

Mary Alice spent 14 years in the television broadcasting industry producing evening news programs, live talk shows, documentaries, commercials and marketing videos. She also created a consumer investigation unit and edited both news programs and documentaries. Ms. O’Brien-Mecke received three Emmy Awards for her work in television. In addition, one of her documentaries received awards from the International TV and Film Festival of New York and from Women in Communications.

Mary Alice lived in Japan for six years and traveled extensively in the Asia-Pacific region and in Europe. While living in Japan, she presented seminars on cultural sensitivity to the Japanese and American media and presented cross-cultural programs to the Suzugamine Women’s College, the Hiroshima Castle, the Signpost Magazine and the Hiroshima Fire Department.

In addition to pursuing language and culture studies in Japan, Mary Alice served as a consultant between the Detroit Regional Chamber of Commerce and the Hiroshima Chamber of Commerce developing business opportunities for Michigan based companies. She also worked to establish an agreement of cooperation between WXYZ-TV and Hiroshima Home TV and facilitated an alliance to share exhibitions and explore future joint cultural endeavors between the Detroit Institute of Art and the Hiroshima City Museum of Contemporary Art.

Since returning to the U.S. in 1998, Mary Alice has designed and facilitated programs on Multi-Cultural Diversity, Cultural Adjustment and Cross-Cultural Effectiveness in the Global Workplace for corporations worldwide. She has conducted cross-cultural and intercultural training for international executives and relocating families for major Japanese companies operating in the U.S. and major American companies doing business with Japan.