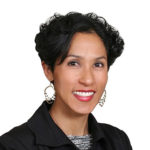 Of Japanese and Mexican descent, Miwa Pierre grew up in a bilingual household in Mexico City, attended high school at Keio Academy of New York, and earned a B.A. in modern languages from the Universidad Nacional Autónoma de México (UNAM).

After her university studies, Miwa gained a diverse array of experience in Japanese business operations in Mexico. She worked as a translator and coordinator for Japanese film productions, and edited and translated children’s books from Japanese into Spanish for the Fondo de Culture Económica in Mexico City. She also taught English for executives at KPMG, American Express, IBM and Bancomer-BBV. Due to a long-standing interest in water conservation, from 2006 to 2011 Miwa then went on to serve as the general director in Mexico for a Japanese chemical firm specializing in water purification, as well as cosmetics. During this she registered two patents in Mexico and presented at national and international conferences.

In parallel, building on the business and cultural expertise that she gained from these experiences, Miwa began to work as a trilingual interpreter throughout Mexico, helping clients to understand not only linguistic issues but also cultural differences along the way. Fluent in Japanese, Spanish and English, for the past decade she has worked with many global Japanese and Mexican firms and government entities as a translator and interpreter, including Honda, Nippon Broadcasting Corporation, Japan International Cooperation Agency, and the Japan External Trade Organization, among many others.