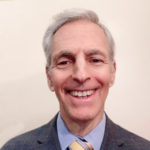 Paul Jaffe is an experienced intercultural consultant and trainer, specializing in strategic communication and cultural adaptation, and is a cross-cultural Business Expert for Japan. He conducts intercultural business consulting, trainings and lectures for culturally diverse companies, as well as business coaching for Japanese managers and executives. He is known for his ability to help people understand one another and build relationships across cultural and linguistic boundaries. He also has expertise in training non-native speakers to communicate more effectively in English, incorporating both specialized linguistic knowledge and intercultural awareness.

Paul lived in Japan for a total of 25 years before returning to the United States in 2012, and speaks excellent Japanese. While in Japan he taught Intercultural Communication as well as language and culture classes at Ryukoku University in Kyoto. He began working as a trainer in 1988 and has trained professionals, corporate executives and employees, government employees and educators at major corporations including Sony, Ricoh and NEC, as well as the Japan Intercultural Academy of Municipalities and The Sanno Institute of Management. Training areas have included pre-departure training, intercultural business management and international negotiation.

He formally began coaching by request in 2010, after many years of informally advising people from small business owners to corporate executives.

Besides coaching and training, Paul has given numerous public talks and seminars on various aspects of culture and communication, and has taught public speaking and business writing. He is the author of numerous articles on Japan and intercultural communication, and was a co-founder of SIETAR Kansai (Japan).