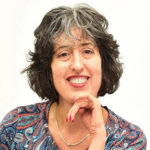 Rochelle Kopp is a management consultant specializing in cross-cultural communication, human resources, leadership and organization development. She works with Japanese companies doing business globally and global companies doing business in Japan or working closely with Japanese companies. A veteran facilitator experienced in delivering training and consulting to participants from around the world, Rochelle frequently leads cross-cultural teambuildings and other programs for executives. She also works with many Japanese and non-Japanese leaders as an executive coach.

Rochelle gained first-hand experience of Japanese corporate culture when she lived in Japan and worked at the Tokyo headquarters of a major Japanese financial institution. Since that time, as a consultant Rochelle has worked closely with numerous Japanese companies of various sizes and in a wide variety of industries, including many of Japan’s most prominent firms. She brings these first-hand insights into her seminars and consulting on Japanese business culture, helping participants develop improved relationships and avoid cultural misunderstandings.

Rochelle is author of The Rice-Paper Ceiling: Breaking Through Japanese Corporate Culture, Business Etiquette Japan, the upcoming Creating Engaged Employees in Japan, and over 35 books in Japanese. She is also co-author of Valley Speak: Deciphering the Jargon of Silicon Valley, the definitive guide to the unique words used in the Bay Area tech and startup scene—from unicorns to pivoting to growth hacking and more. Rochelle writes frequently for publications in Japan and the U.S., including ongoing columns in the Asahi Shimbun, Nikkei Sangyo Shimbun, the Newsweek Japan website, and The Japan Times.

Prior to establishing Japan Intercultural Consulting, Rochelle worked at two U.S.-based international consulting firms, specializing in Japan-U.S. and other global projects. She holds a B.A. in History from Yale University, where her senior thesis was awarded the Williams Prize in East Asian Studies, and an M.B.A. from the University of Chicago’s Graduate School of Business.

Rochelle speaks, reads, and writes Japanese fluently and has passed Level 1 of the Japanese Language Proficiency Test and Level A of the JETRO Test of Business Japanese.

Rochelle has taught courses in Organizational Behavior and Entrepreneurship at Northwestern University, and a yearly intensive course in Cross-Cultural Management at Ritsumeikan Asia Pacific University’s M.B.A. program. She also taught management strategy, organizational behavior, and business communication at the University of Kitakyushu, where she helped to establish the Global Business program in the university’s Department of English. Currently she is an instructor in Business Breakthrough University’s Global Leadership course.

Rochelle serves on the Board and the Executive Committee of the Japan Society of Northern California, and for six years was a member of Saybrook University’s Board of Trustees. She also served as a mentor for the U.S. Department of State’s Techwomen program starting in 2012, working with emerging female leaders from the Middle East, Africa, and Central Asia. Currently she is a mentor to startups through 500 Startups, Grow Movement, and Startupbootcamp Scale Osaka.

View Rochelle presenting in English and in Japanese.

Read some of Rochelle’s columns in:
• The Asahi Shimbun
• The Nikkei Sangyo Shimbun
• Newsweek Japan
• The Japan Times