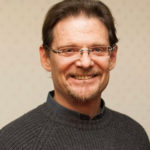 International management expert Tim Keeley was born in the United States but has lived, studied and worked abroad most of his life. In the process of obtaining his B.A. in Business Administration and International Relations at University of Florida, he studied one year at Universidad de Los Andes in Colombia from 1976 and six months at a United Nations research program in Geneva, Switzerland. After receiving his B.A., he studied in Poland and Japan, then returned to the U.S. to earn his Masters in International Business Studies at University of South Carolina. In the process of completing his master’s degree, he worked for Westvaco, a major U.S. paper company, as market development manager in their Tokyo office for one year.

Upon completing his Masters in International Business Studies, Tim was recruited by General Electric (GE) to serve as a corporate marketing manager focusing on Japanese automotive companies. In this capacity, he assisted GE in marketing to high-level executives in all the major Japanese automotive companies and suppliers. In 1991, Tim left GE to began his academic career teaching international management at Kyushu Sangyo Univeristy in Japan, where he is a professor. In 1996 he went on a sabbatical to Queensland University of Technology in Brisbane, Australia where he completed his PhD in International Human Resource Managment.

Tim is also an Adjunct Professor at Chulalongkorn University in Thailand teaching Negotiation to graduate students and Asian Business Management to undergraduate students. In addition, he has taught Negotiation in Tulane University’s EMBA program in Shanghai and Taipei, as well as Human Resource Strategies at Temple University’s EMBA program in Tokyo. Tim is also frequently involved in corporate education at major Japanese and US multinationals, focusing on Cross-Cultural Management, Leadership, and Human Resource Management.