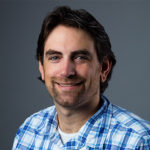 Aaron has worked with Japanese organizations since the early 2000s. He began his career as a member of the JET Program, as an Assistant Language Teacher, in a rural town on the island of Shikoku. Later he studied advanced Japanese at the Inter-University Center in Yokohama, Japan, and worked in research, teaching, and translation for various Japanese universities, including Tokyo University, Waseda University, Sophia University and Kyoto University. During that time, Aaron also consulted for the Japan Olympic Committee and several Major League Baseball teams regarding talent acquisition strategies and cross-cultural issues in coaching, and wrote a research report for the Japanese government on youth sports. He also helped source, secure, and smooth relationships with Japanese-speaking employees for Tesla Motors.

Between 2010 and 2015, Aaron was a Hakubi Scholar at Kyoto University, during which time he also undertook research at Stanford University’s School of Education. Currently, he lectures at California State University, East Bay, and at St. Mary’s College of California in the fields of sports sociology, sports history, sports and social justice, and critical studies of the body.

Aaron has written for popular and academic outlets, including Anthropology News, Anthropology in Action, Stanford Daily, Japan Forum, Contemporary Japan, and Japan Focus. His book about Japan, Discourses of Discipline: An Anthropology of “Corporal Punishment” in Japan’s Schools and Sports, was published in 2013.