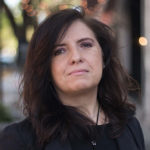 Marian Moya holds a Ph.D. in sociology and an MA in sociology of media from Rikkyo University, and an M.A. in cultural anthropology the University of Buenos Aires. She has extensive theoretical and practical experience in the fields of organizational culture, ethnography of consumer and corporate internal operations, cultural diversity, cross-cultural communication, and social media.

Marian was born in Buenos Aires. While living in Osaka and Tokyo for a decade, she worked in companies such as Nissan Motor Company, Mitsubishi Motors, Sumitomo Corporation, Toyota Motor Corporation, and Japanese National Railways as a language and cultural consultant, gaining a deep knowledge of Japanese corporate culture. She also served as a visiting professor at Sophia University, where she taught Japanese popular culture.

Marian is director of the Center for Japanese Studies at the National University of San Martín, Buenos Aires, where she teaches and oversees the postgraduate course “Japanese Culture and Society,” and teaches applied anthropology (including organizational and business anthropology) at the undergraduate and graduate levels; she is also a professor at the Open University of Catalunya. Her current research focuses on the cultural challenges of the implementation of the Japanese kaizen (continuous improvement) model in Argentine industry.

Marian has published books and articles on Japanese culture, Latin America and Japan, and globalization and cultural issues, and has lectured on these topics in several countries as well. She speaks English, Spanish, Japanese, and French, and also has knowledge of Catalan, Portuguese, and Italian.