Home / About Us  / Team / Masamitsu Kobayashi 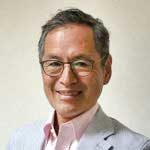 After graduating from Meiji University with a degree in commerce, Masamitsu Kobayashi joined Honda Motor, where he worked for 38 years, 22 of them overseas in Italy, Canada, China and Germany. This experience working in very different regions sparked his interest in cross-cultural understanding.

With a specialization in accounting, Masamitsu worked closely with the CEOs of the overseas subsidiaries, giving him exposure to the overall operations. He was involved with core operational matters including simulating future profit, creating business operating plans, capital policy, and dividend policy. Masamitsu served for six years as President of Honda’s U.K. and German subsidiaries, with overall management and P&L responsibilities, emphasizing staff motivation and performance, resulting in a tripling of operating profit during his tenure.

During his decades overseas, Masamitsu identified gaps between locally hired and Japanese expatriate staff, and the resulting stress. He became even more interested in the cultures, values and customs of different countries, particularly those which are difficult for Japanese to understand, and their impact on business. Several years prior to his retirement from Honda, he began researching and studying cross-cultural communication and documenting his experiences.

Masamitsu’s background in management of overseas operations and his knowledge about the cultural differences affecting business have prepared him to support our clients effectively.