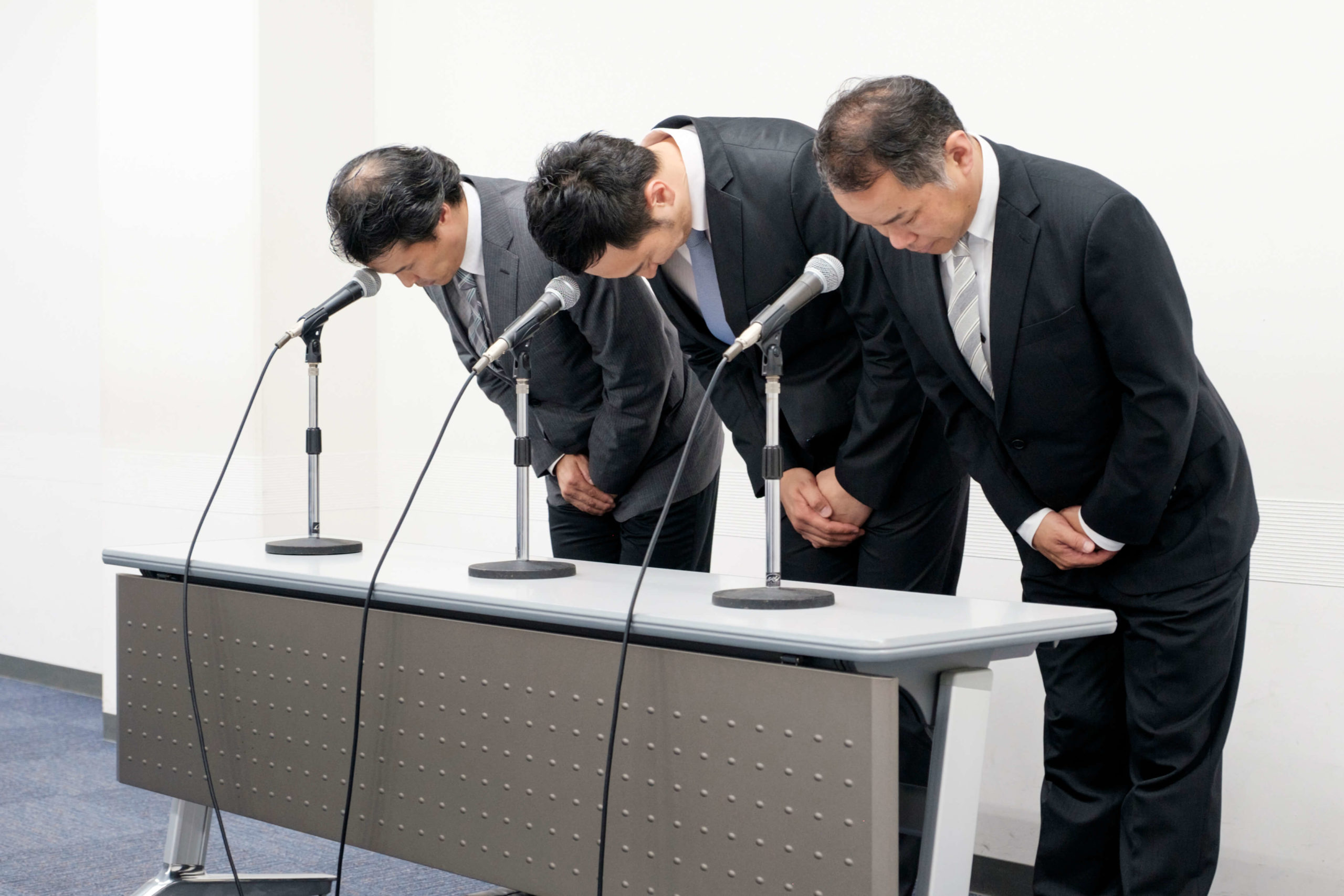 It seems as if a more than usually high number of chief executives and company presidents in the UK and in Japan are being publicly held to account these past few weeks.

In the UK, Stephen Hester, Group Chief Executive of the Royal Bank of Scotland, finally decided to give up his near £1 million ($1.59m) bonus. His decision was prompted by anger in British society about such a sum going to the head of a firm which had been bailed out with taxpayers’ money – at a time when many are facing job losses and pension cuts.

Shortly after that, his predecessor, Fred Goodwin, was stripped of his knighthood – an honour which had been awarded to him for “services to banking”, most notably the takeover of another major bank which led to the RBS momentarily being the biggest bank in the world.

Lloyds TSB, another major British bank, has just announced that its executives will forfeit their bonuses, to show accountability for an insurance mis-selling scandal.

In Japan, the President of NTT DoCoMo and five other executives took pay cuts in order to apologise to their customers for service outages. And in February of this year, the former President and several other executives of Olympus were arrested for covering up financial losses.

Looking for similarities and differences between these cases, the obvious odd one out is Olympus, as the arrests are of course on legal grounds, whereas, as the defenders of Hester and Goodwin point out, there were no legal grounds for what was done to them – Hester was contractually entitled to his bonus, and whereas almost all other people who had been stripped of honours in the past had been convicted of fraud or tax evasion, Goodwin had not. Lloyds TSB was at pains to point out that there was no wrong doing by their penalised executives.

Beyond the legal niceties lie bigger questions of what exactly the head of a company is for. In the UK, they are meant to act in the interests of shareholders. This means that if they take risks they are handsomely rewarded if those risks lead to a rise in the company’s value, and fired if they don’t. It is believed that people who can be both bold enough and capable enough to succeed at this are a globally scarce commodity, and scarcity commands high salaries and bonuses.

In Japan however, the leaders of companies are the representative of the employees and their companies’ face to society. They are not supposed to take risks which would endanger the livelihoods of the employees. When society’s interests are damaged by a company’s actions, the President and other executives must apologise publicly, taking collective responsibility. They are not meant to be motivated by greed or financial punishment, but the honour and social status of representing the company.

Given the recent public shaming of British bank executives, could it be that the UK is turning away from shareholder capitalism and towards a more Japanese model? The proof will be whether executives in companies which are not partly tax-payer owned are also held to public account.