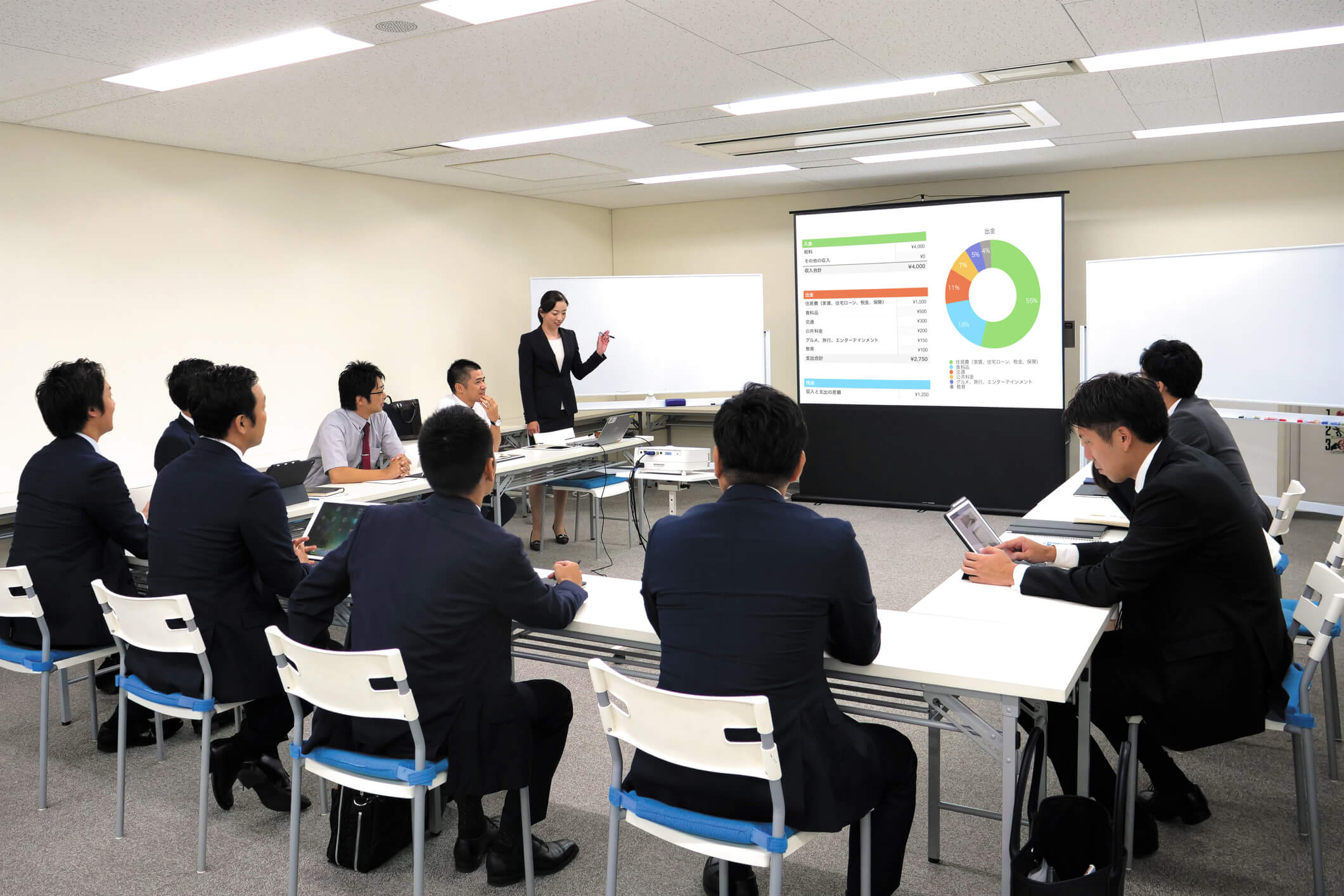 Business presentations should be thought of like math exams

Westerners who have sat through Japanese presentations usually complain afterwards that they lacked punch and a logical progression, and seem to have too many slides, crammed full of data and graphics, with a jumble of font sizes, typefaces and colors. More often than not, due to a discomfort with public speaking, especially in English, the Japanese presenter has had their head stuck in the script the whole way through or read out the bullet points on the slides, word for word.

Slideware took a long time to take off in Japanese corporations, but if you look at the shelves of business books in Japanese bookstores now, you can see that self help books on mastering slide presentations have become increasingly popular, and I have seen more and more Japanese who know how to present in a way that appeals to Westerners. I sense, however, that there is still a fundamental difference between Japan and Europe or North America in what a presentation is supposed to be about.

Last year I was involved in helping German and Japanese senior managers pitch to their board directors. The German managers were happy with our standard Western approach. We cut out some of the slide content, tried to get a clear line of logic running through and then rehearsed them over and over again until their presentation was slick and within the time limit. The Japanese managers looked increasingly unhappy, however. I thought it was just because of the stress of having to learn their lines in English, but they said they felt there was a fundamental cultural difference. “Our German team mates seem to believe presentations are all about style”, they said, “whereas for us, it is about showing our effort (doryoku). We need to explain the process of our thinking”.

This could be a difference in what constitutes “logic”. In the West we are told that when making a presentation or writing an essay you should “say what you are going to say, say it, then tell them what you just said”. The Japanese philosophical model, ki-sho-ten-ketsu (introduction, body, example, conclusion), may look similar, but the emphasis is on giving the context and often leaving the audience to figure out the conclusion. So, when presenting to Japanese customers, although I am not saying you should bore them into submission, you may need to give more details on the context and history, before reaching your conclusion. Rather like a math exam, you have to show the working out, not just the answer, to get full points.

GIVING A PRESENTATION IN JAPAN? THINK ABOUT SENDING IT IN ADVANCE