Home / Free Resources  / Articles  / In Japan, it pays to carry an umbrella – and to be on time 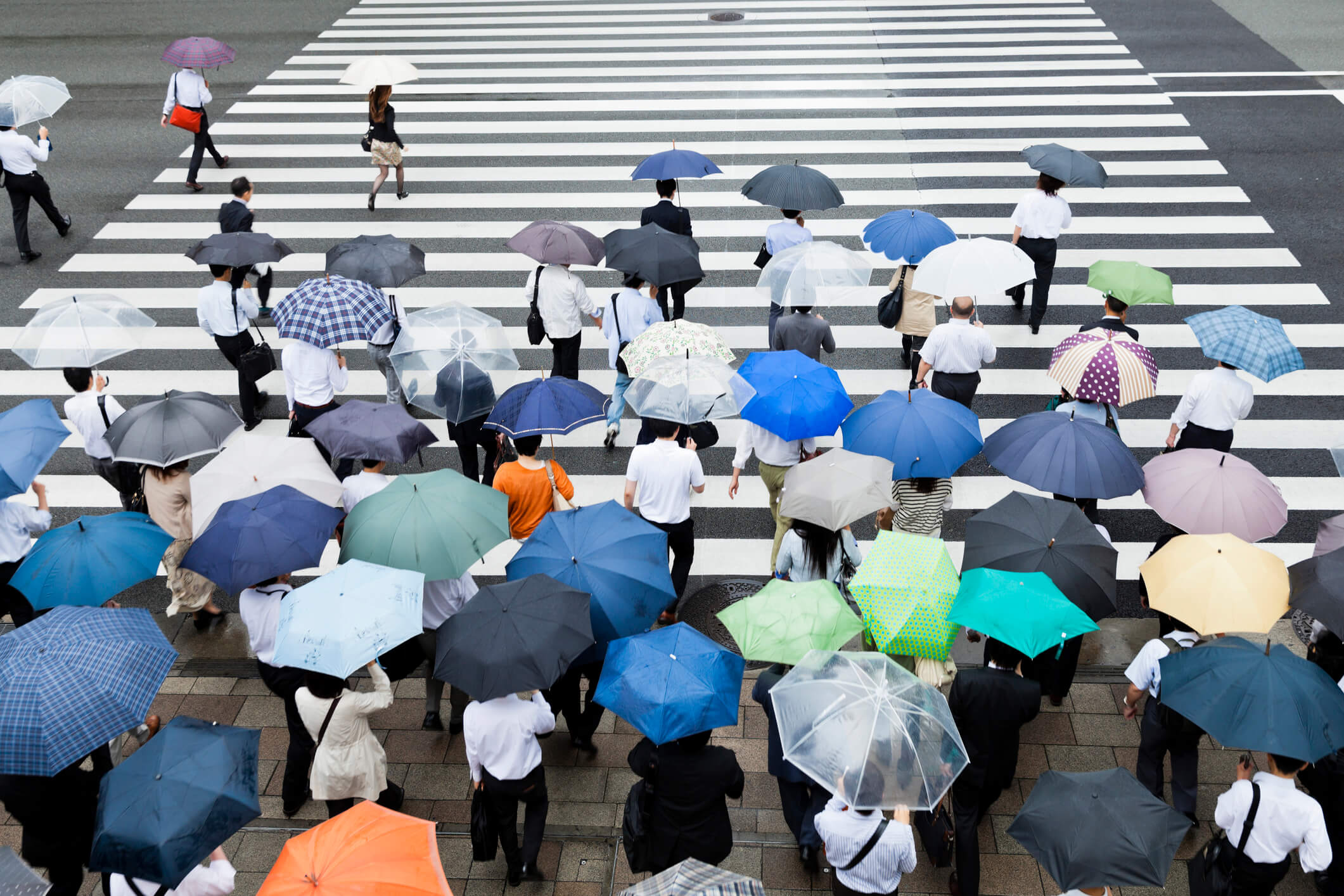 In Japan, it pays to carry an umbrella – and to be on time

Japanese people who have recently arrived in the UK often wonder why British people do not use their umbrellas when it rains. I think this is partly to do with the different type of rain we have in the UK. Our weather forecasts are usually for “light showers” or “sunny intervals” or “occasional rain”. We do not have the “40% probability of rain” forecasts that you get in Japan. When it rains, it is usually not very heavy or very prolonged, unlike Japan in the rainy season. So British people can’t be bothered to carry or put up their umbrellas. The chances are it won’t rain at precisely the moment we are outside, and even if it does, it won’t be very heavy, so we will soon dry off, whereas in Japan, if it is summer, it is so humid, you can end up being damp all day if you get wet just once.

This British “can’t be bothered”, phlegmatic mentality does not work so well in Japan. There is no excuse other than that you are stupid or disorganised if you do not have an umbrella when the weather forecast says there is an 80% chance of rain.

Similarly, there is no excuse other than lack of self discipline if you are late for work or a meeting with a customer. Trains in Japan run on time. In the UK, our train systems are unreliable, and traffic congestion is a perennial problem, thanks to road works which take place during the day rather than at night as in Tokyo.

The further south you go in Europe, the less worried people are about punctuality and deadlines; what is known in Spain as the “mañana” (tomorrow, later, in the future) attitude. British people, who are of course northern European, want to be punctual but rarely are. We have almost given up trying because inevitably something will prevent us from being on time. We feel upset by being late, so we end up explaining in some detail what went wrong, to which the correct response, in the British mind, is sympathy. However, as I explained in a previous article in this series, such explanations can sound like iiwake (pointless excuses) in Japan.

A clinical trials manager at a Japanese pharmaceuticals company in the UK told me how a drugs trial she was conducting ended up being invalid, because a large number of the participants failed to complete all the tests. They simply did not turn up, because their car had broken down, they were hung-over, the trains weren’t running and so on. Her Japanese colleagues were not sympathetic. In Japan, participants would turn up. They felt she must have managed the trial badly, and indeed, I think she should have signed up even more participants than she did, as it could have been anticipated that a large percentage would drop out. It is best to be over-cautious, not optimistic, in setting deadlines when working with Japanese people, especially if part of your supply chain is in Europe.