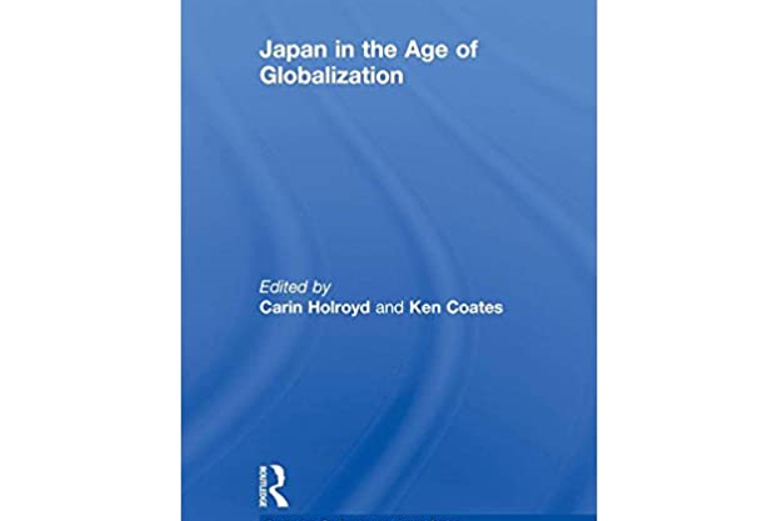 Japan in the Age of Globalization – Book review

Buy the book from the publisher

This book has been a long time in gestation. It is a revised collection of papers presented at the 2001 Japan Studies Association of Canada conference, finally published in 2011. I read it just before I attended a similar academic gathering – of the Association of Japanese Business Studies, in Istanbul, and found at the conference an echo of the forlorn tone in the introduction to this book, begging for recognition that Japan is still important to the world, despite the so-called “Lost Decade(s)” since the Japanese economic bubble burst in 1990.

It seems that in business studies at least, “area studies” are out of fashion, and anyone with an eye to their academic career has had to re-position themselves as “global” specialists on some aspect of business.

Japan is not important in and of itself, according to current thinking in academia, but only in so far that it has an impact or relevance to the rest of the world, which is why the editors have tried to stitch a rather eclectic group of papers together as proof that Japan was and is still engaging with the globalizing world. Consequently, whether any of these papers have much relevance to intercultural practitioners beyond those who are Japan specialists, might depend on what other specialist areas practitioners have interest in.

For example, those with an interest in the linguistic side of intercultural studies might find the first paper, which looks at “kotodama” – words which are receptacles of ancient essences – of interest. The author argues that the development of “kotodama” in the Edo Period (1603-1868), when Japan was popularly thought to be cut off from the rest of the world, shows that Japan was in fact coming to terms with its emerging global role, by using kotodama to define its identity, independently from China.

Historians and those working in corporate governance or diplomatic fields might find the second article intriguing. It deals with the “missing war years” on Japanese corporate web-sites and how different Japanese companies (Honda, Suzuki, Yamaha, Kawasaki and breweries and the forerunners of Nikon, Canon and Minolta) have largely omitted to deal with this period, thereby missing an “invaluable opportunity to tell a cautionary tale about the consequences of war and the defence of corporate independence.”

Intercultural practitioners who help with pre- and post-expatriation for families may find the third chapter, on the historical context to Japanese childhood useful. However, the next couple of chapters are probably for international business academics only, as one deals with corporate governance and the other takes the usual IB approach of setting up a hypothesis, with a frightening looking equation and testing it against data.

There’s further comfort for those who want to defend Japan against the naysayers in the chapter dealing with innovation in Japan, which concludes that since the bursting of the Japanese “bubble”, Western commentators have consistently underestimated the level of innovation and creativity in Japan – a familiar story to those who have had to counter arguments that Japan merely copies but does not invent – and makes the excellent point that a key lesson is the importance of cooperation between different, often rival, firms and the public sector, in the national interest. Those who reference Japan when talking about group versus individualistic orientation might like to take note of this macroeconomic impact of Japanese group orientation.

The next chapter, looking at the creativity behind Japanese popular culture such as anime and J-pop and how it has led to Japan becoming a “soft power” also wonders how far this impacts or was impacted by the Japanese state and its influence in the world.

There are further papers on Japanese women writers, the various meanings given to the concept of “Japanese spirit, Western learning”, climate change and Japan and the Cold War. Even as a Japan specialist, I found it hard to be equally interested in all these papers, and I would imagine an interculturalist who was not a Japan specialist would find it difficult to justify the £28.00 price tag on the off chance that one or two of the papers contained a nugget of interest. I suspect this is a book mainly destined for university libraries.

Should you happen to have access to such a library, then it may well be worth seeking the book out if any of the above outlines has caught your interest. For a rather more up to date and less specialist view on Japan and its place in the world, more populist books such as David Pilling’s Bending Adversity might be a better starting point.