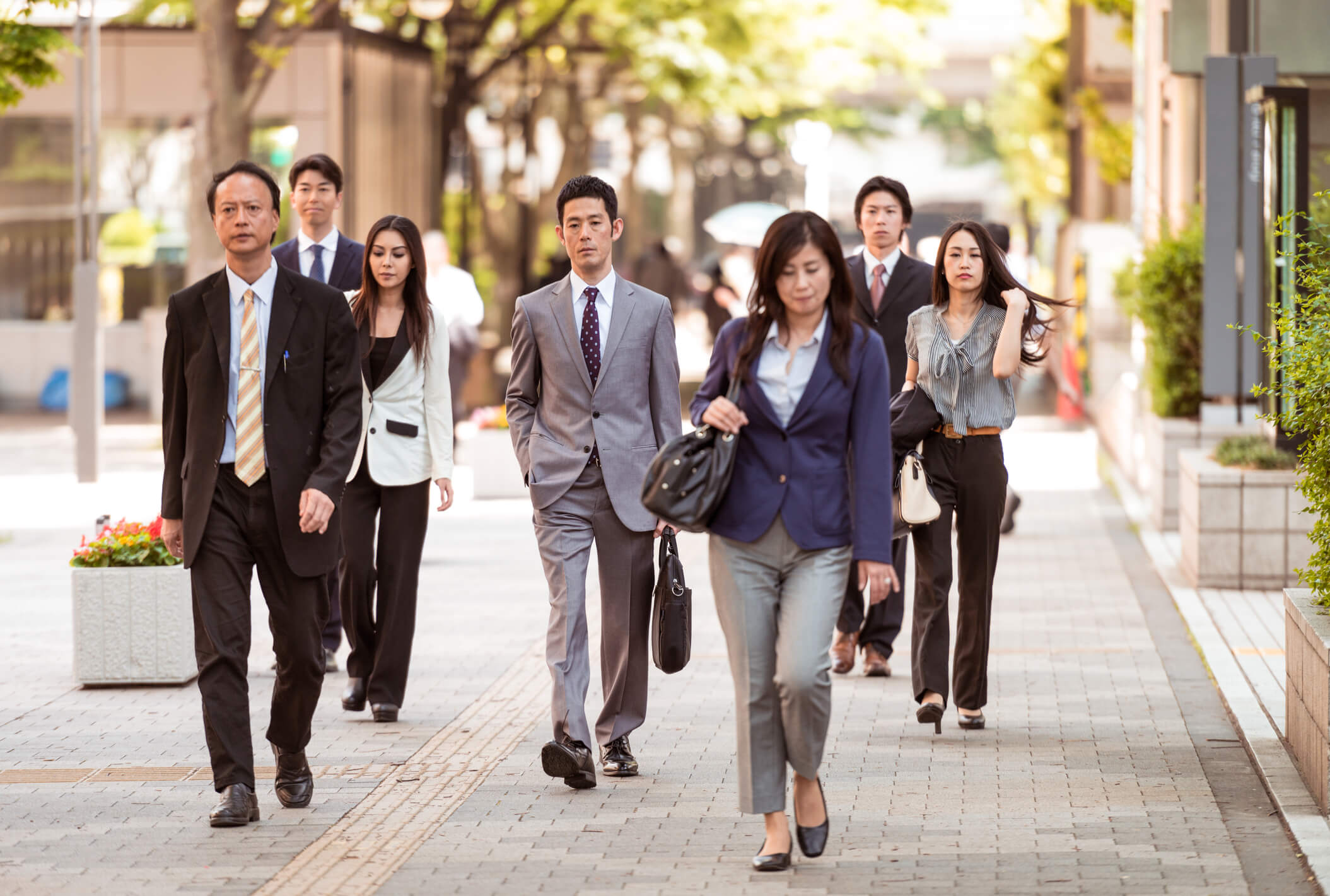 The consulting firm Towers Perrin published a study entitled “Winning Strategies for a Global Workforce,” which examined how companies can attract, retain, and engage employees for competitive advantage.  The study was based on a survey of workers from seventeen countries in Asia, Europe, and North and Latin America.

Reviewing the results of this study, one measure stood out – the one involving “engagement.”  Engagement is defined as “employees’ willingness and ability to help their company succeed, largely by providing discretionary effort on a sustained basis” – in other words, willing to go the proverbial “extra mile” regularly.

Although the study’s authors point out that cultural differences in response patterns make comparison of the results for individual countries difficult, I couldn’t help noticing that Japan had extremely low levels of employee engagement compared to the other countries surveyed.  41% of the Japanese respondents were “disengaged” – only India had a higher percentage of disengaged, and apart from India no other country had more than 29% disengaged (the global average was 24%).  And only 2% of the Japanese were “highly engaged” – with the next lowest percentage of highly engaged being in India, with 7% (the global average was 14%).   Even when accounting for cultural differences, Japan appears to be a significant outlier on this scale, and that spells danger for Japanese companies in global competition.

I am not surprised to see these low levels of engagement, because for the past several years more and more Japanese who I meet – from corporate executives to newspaper editors to academics – have been telling me the same thing, that Japanese “no longer have a dream.”  After World War Two, the country had a collective dream of rising from the ashes.  But after that was accomplished, the mechanism was never created to enable individuals to pursue their personal dreams.

The structure of Japanese companies and how they manage human resources intensifies this problem.  Japanese join a company, not a particular job, and the company decides where to place them.  Job assignments do not necessarily take into account what a person studied, or what they want to do.  Employees are expected to cheerfully accept whatever job they are given, whether or not they wanted it or have any interest in it.  No wonder so few Japanese are engaged in their work!  Although there are examples of companies conducting shanai boshu (internal searches where employees apply for a job of interest to them) to fill open posts, this is something special and not the normal human resource practice.  Japanese HR departments are simply not equipped to learn enough about employees’ skills and interests to match them carefully to positions, and the lack of a fluid external labor market prevents Japanese from seeking work of interest outside their company.  As a result, large numbers of Japanese are locked into jobs in which they have no interest or enthusiasm.

Immediately after reading this study, I happened to have lunch with one of my clients, a Japanese middle-manager, and shared with him my thoughts on how Japanese companies fail to give employees the opportunity to pursue the work that most interests them.  His reaction was surprising: “Sometimes it’s not just that the company fails to give employees the chance to do what they are interested in, it seems like companies purposefully keep employees from doing the work they want to do.”  I asked him to elaborate, and he cited his own example.  “In my case, I preferred doing the technical work, and told the company that’s what I wanted to continue doing.  The response was ‘Hmm, well, we plan to make you a manager.’  From the Japanese company’s point of view, the loyalty that a worker shows by continuing to work hard even after they have been denied what they wanted is something beautiful.  They want to see workers display that type of loyalty.  It’s almost perverse the way they seek to thwart people from doing what they really want to do.  In my case, I should have been smarter.  If I had told them that I really wanted to become a manager, they probably would have left me in the technical area.”  This seems like a somewhat extreme view, and it’s hard to believe that all Japanese companies would purposefully follow this kind of policy.  However, I can certainly imagine it happening in some cases, and the sad fact is that in many Japanese organizations there are no checks against managers behaving in this way.

This same client offered another interesting insight, on the connection between the lack of engagement and one of Japan’s current social problems, karoshi – death from overwork.  Perhaps, he posited, Japanese resist becoming engaged in their work because they fear that being engaged requires throwing themselves so completely into their work that they will be unable to extricate themselves from it and end up completely overwhelmed and working themselves into the ground or even to death.  Again, a rather dark thought, but it makes sense that young Japanese would resist the extreme sacrifices that many Japanese companies seem to demand of their employees.  The growing numbers of NEETs (young people not in education, employment, or training, living off their parents while they figure out what to do) in Japan may also be a reflection of this unwillingness to engage fully in work.  For NEETs, even taking a job is more engagement than they are willing to do.

Whether or not you embrace the rather depressing views of this particular client of mine, it does seem clear that lack of engagement is a serious problem for Japanese companies.  In the past, the skillful use of human resources was one of the ways that Japanese firms rose to their top of their industries, and built the country into an industrial powerhouse.  And as a country with few natural resources, Japan needs to effectively utilize its human resources.  However, human resource management practices in Japan have not evolved to match the current needs of industry.  Treating employees as interchangeable parts, and demanding absolute loyalty and extreme self-sacrifice is not a good strategy for an affluent society where an increasing number of people need to be knowledge workers.  What is needed now is for Japanese companies to find a way to inspire workers, and to fully utilize each person’s individual unique talents.  This will require no more than a revolution in how human resource management is conducted in Japan.