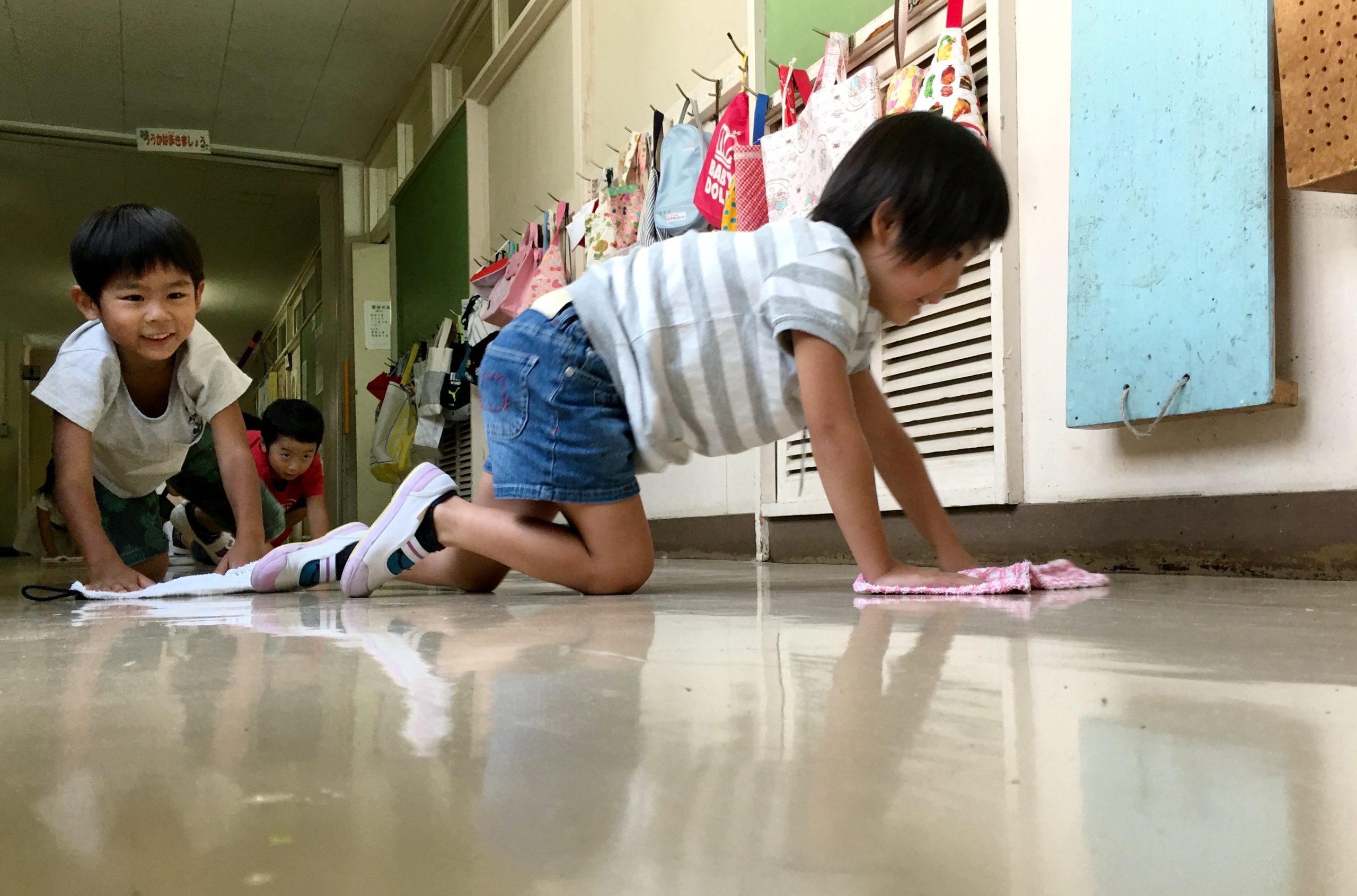 I find litter and wastefulness quite upsetting and often stress in my training how important the tidiness of the workplace is to Japanese customers. I think my obsession with litter picking and keeping things tidy dates back to my time at Japanese school. The Japanese government has even produced a video on the cultural roots of the Japanese urge to keep things tidy and clean.

In my Japanese school, like many other Japanese schools, there was great emphasis on cleanliness. When we arrived in the morning we had to change our outdoor shoes into indoor ones and we had to put a smock over the top of our elaborate sailor style uniforms to keep them clean. There was a particular way to arrange our textbooks, notebooks and pencil case on our desk. At the end of the day we all took part in cleaning the school. Every week the teacher would check to see if our nails were clean and we had two spotless, folded and ironed handkerchiefs.

A lot of the litter in the UK is in the “grey zones” – where ownership and responsibility for the land is not clear, but what really infuriates me is the litter surrounding business premises. It was particularly bad in the forecourt of an industrial controls company I used to walk past on my way to work. If I was the CEO of such a company I would pick up the litter myself to set an example and to show the company was indeed “in control”.

Areas around British railway stations and railway tracks are also heavily littered and untidy. Again I wonder about the message this sends out – if your business was providing a safe and secure customer service, wouldn’t you want the environment around your station to convey that message, whether or not the land belonged to you?

Even more surprising was the architects’ offices in the station building near my house. They spent money refurbishing their windows, and yet the building itself was scruffy and the drains outside full of litter and overflowing rain water.

If you have travelled or lived in Japan you will undoubtedly have noticed how litter free the urban and rural landscapes are, despite being a cluttered and densely populated country.

If you go past shops and business premises early enough in the morning, you will see the owner outside on the pavements, sweeping and even washing down the pavements. There is none of this mentality you get in the UK that tidying up is “someone else’s job”.

Japanese customers – even business to business ones – like to visit the actual offices and factories of their suppliers. Would you be confident that your premises would pass muster?

For more on working with Japanese customers (internal and external), an edited collection of Pernille Rudlin’s articles on the subject is now available as a paperback on Amazon.com.