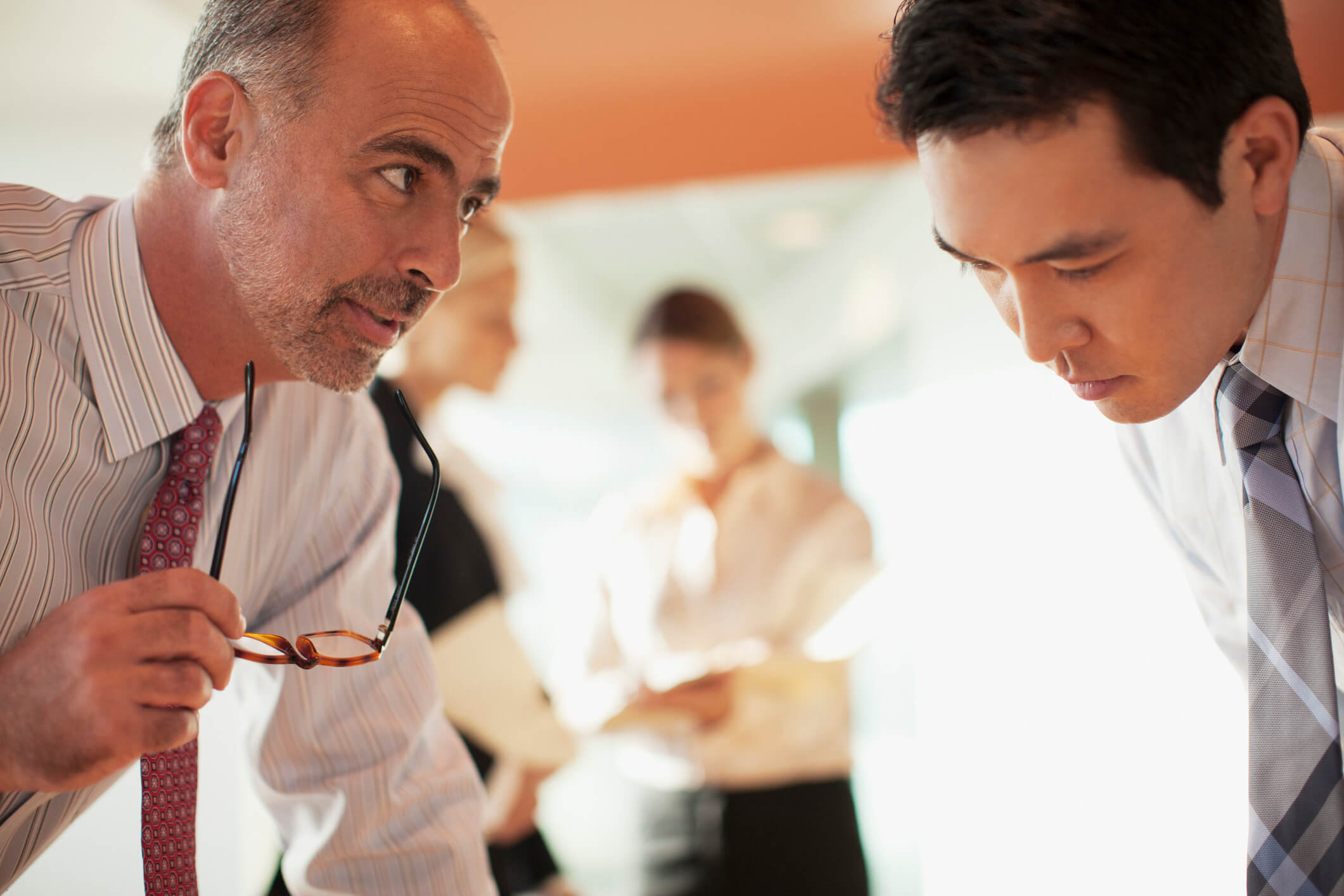 The art of drawing out information from Japanese colleagues

Increasing numbers of Americans are working closely with Japanese in global teams—as technical specialists, such as attorneys and engineers, or in executive positions. As a consultant to global teams made up of Japanese and Americans, I have seen first-hand how differences in working styles can frustrate both parties and foster mistrust. I have also seen how both sides can reach out and bridge these differences, building highly productive working relationships.

For Americans, one of the most critical challenges is how to get the information they need to do their jobs. When they first arrive on the job, they typically ask, “Where is the database for me to search for the information I need?” They are astounded to discover that most of the time no such database exists. They begin to suspect that the Japanese don’t trust them, or are hiding the information from them for some reason. They wonder why there seems to be no such thing as “need to know” information in their company, or there is no system for communicating it. Quite the contrary, the Japanese are happy to share information relating to the work to be done. When Americans understand the differences in assumptions about information exchange between Japanese and themselves, and work to develop relationships of trust with their Japanese colleagues, they can get their “need to know” information and much more.

First, let’s consider the organizational structure of American businesses in relation to information exchange. Businesses in the United States tend to be patterned after the structure of the military, where there is a well-defined chain of command, and structured rules governing who may exchange information with whom about what. Information is classified into degrees of confidentiality. Rules about an individual’s access to confidential information are strictly enforced. In the military, information is valid only if it is received through the formal chain of command.

Next, look at the career pattern of individual employees in American companies. Continuous, career-long employment in one company is extremely rare. Project-by-project employment is common, especially in engineering fields. Switching companies may be necessary for skill and pay advancement. American employees are expected to have enough specialized knowledge and experience to “hit the ground running” and be immediately productive. They in turn, expect to be quickly “on-boarded,” getting immediate access to all “need to know” company information. Because of the movement of employees between companies, operating procedures tend to be standardized and transparent. American employees are accustomed to getting information from impersonal sources, such as intranets and databases.

In Japan however, lifetime employment in one company is the ideal and is still a reality for many Japanese employees. They are hired right out of university, and they are not expected to be immediately productive. They are expected however, to learn what they need to know on the job—by studying, observing, and receiving advice from others. They learn to figure things out, rather than being explicitly taught work skills or handed information. Their workspaces are open-plan offices, where they can absorb much of the information they need to do their jobs simply by keeping their ears open to what is happening around them. They learn to ask good questions and listen carefully to the answers.

For many types of information, they rely on a system of informal contacts, such as co-workers who graduated from the same university, or colleagues who lived in the same company dormitory with them when they were new hires. In contrast to the American employee, who may prefer to upload information “as needed” to a database, Japanese prefer to convey information face-to-face or in emails to specific distribution lists. Maintaining good relationships with contacts inside the company is vital to advancement in the company. Instead of a “chain of command,” information flows through a complex web of personal relationships. Naturally, certain kinds of information are found in databases, or are announced formally, but important information moves surprisingly quickly through informal networks. The employee who is the “go to person” for information is considered the best management material.

Japanese companies tend to judge information on a case-by-case basis, rather than by strict confidentiality classifications. Naturally, confidentially policies exist, but they are often too strict to be workable. I heard of a company that had such strict confidentiality classifications that the Japanese could not share any substantive information with their branch office in the United States, not even the organization chart of their division! Most information needed to be shared informally, on the basis of trust. As you demonstrate your reliability and the Japanese begin to trust you, they will bring you into their confidence. It does not come automatically with the position according to certain rules, it is earned.

In contrast to formal communication via chain of command, Japanese companies may trust relatively low level employees to communicate vital pieces of information to overseas offices. I knew of one case where the most junior of Japanese engineers told the American team members at a normal Friday afternoon status meeting that the headquarters had committed to a significant change to the product. It was first communication of this information. Even American management had not heard of the changes. The American engineers discounted what the Japanese engineers said because they did not hear it from their chain of command. They went home without telling anyone, so knowledge of this development was delayed for three days over a critical weekend. The Japanese were surprised that the Americans did not recognize the validity of the information.

So how do Americans get the information they need to do their jobs? If they are in the United States, they can develop good relationships with the Japanese assigned to their offices. The company may assign a specific contact person, or “madoguchi,” who works the network to find information. Sometimes a “go to person” takes this on informally. Whichever way, it is important to realize that this is a reciprocal relationship. Requests from the “madoguchi” for information should be expedited cheerfully and quickly. If not, trust will suffer, and “madoguchi fatigue” may occur, causing the pipeline to narrow or dry up.

How can Americans develop relationships of trust with the Japanese in their company? Much has been made of the importance of after-hours socializing. It is always good to take the time to get to know your colleagues on a personal level. But there is more. Americans can earn trust by delivering on promises, doing what it takes to get work done by the deadline, taking responsibility for errors, and being open to learn Japanese working styles.