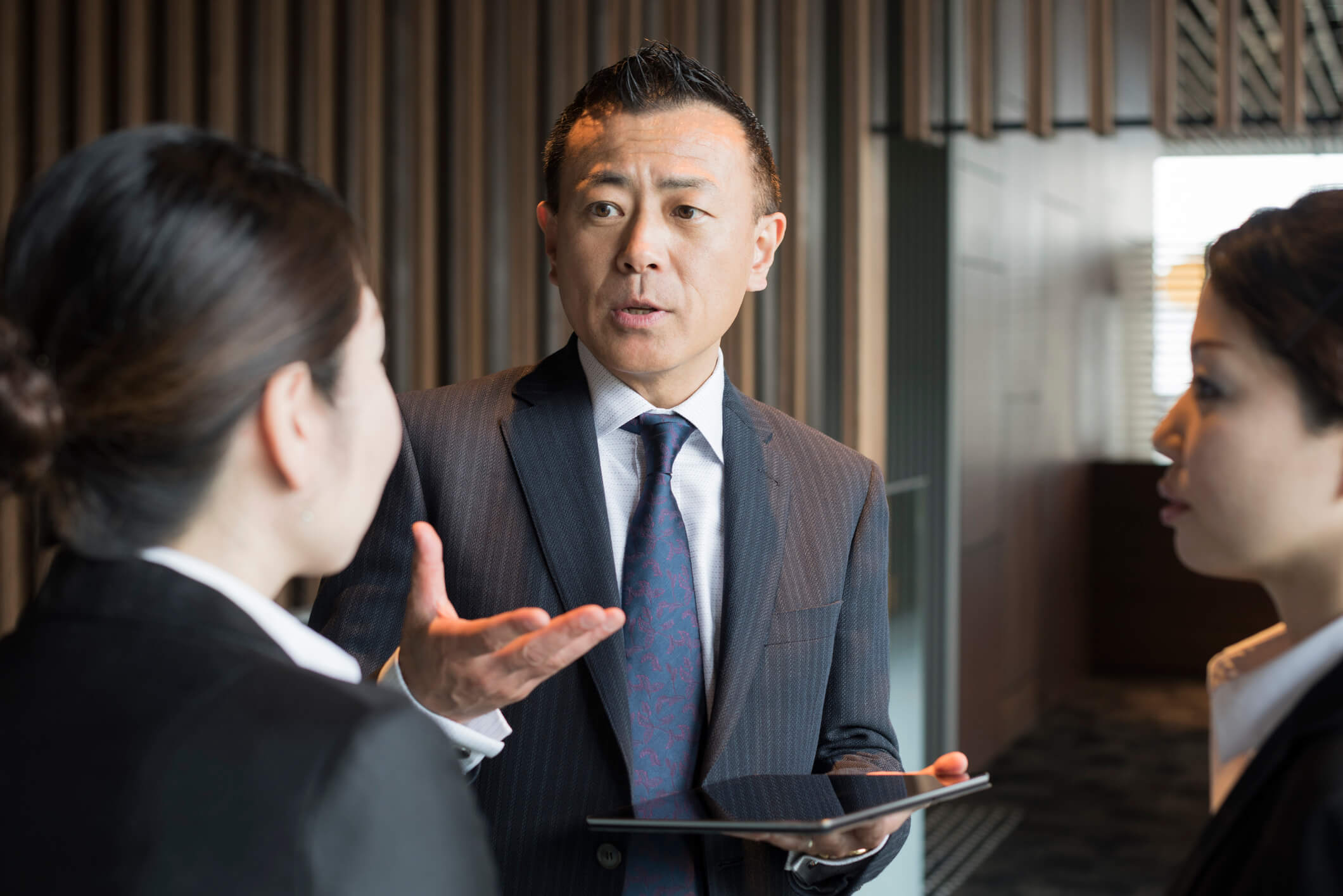 Almost without fail someone will ask me during my training seminars “are we going to deal with the –san thing?” When I get to the point where I deal with Japanese business etiquette in the session, I try to emphasise that it is really not that complicated. Surname plus san will almost always work.

Except that it is of course much more complicated than that. It’s true that most Japanese men feel uncomfortable being called by their first name, and often their first name is rather long and difficult to pronounce for Westerners. But Japanese women, whose names are usually shorter and easier to pronounce, are happier about being on first name terms.

I also talk about how some Japanese men, particularly those that have lived in the US, might have adopted a nickname, either a shortened version of their own name, such as Masa, or Tets, or they may have taken a Western name that starts with the same letter as their own name, which (causing added hilarity for the Brits), may well be a very American name, such as Hank, or Duke, or Tex.

In this case, it is not necessary to put “–san” on the end. In fact one of our Japanese client contacts specifically asked me to let his European colleagues know that “Keith” rather than “Keith-san” was his preference. If I reverse the situation, I can see how he feels. Some Japanese colleagues did try to call me “Miss Pernille” when I worked in Japan, and I found it irritating. It overemphasised the cultural difference, and the added politeness put too much distance between us. I was trying to blend in with the Japanese corporate environment, and being addressed by rather quaint forms like “Miss Pernille” just made me stick out more.

Sometimes Japanese bosses called me “Pernille-chan”, (“chan” being a dimunitive, usually used for little girls), which was just about acceptable when I was in my twenties but I presume that as I have reached “obasan” (auntie) status in terms of years, most Japanese people would not dream of calling me that now. In fact, one Japanese female participant in one of my seminars, expatriated to Belgium from the Japan headquarters of a major Japanese electronics company, told me that “-chan” and “-kun” (dimunitive for boys) have been banned from the Japanese offices, as they are deemed to be “power harassment”.

In contradiction to that, some very senior European executives at a financial institution recently acquired by a Japanese company told me that their Japanese counterparts had advised them to call their Japanese male subordinates “surname-kun”. I felt I couldn’t overrule such advice, but warned them that this would constitute a very strong power statement.

Ultimately it might help if we either ask the other person how they like to be addressed, or volunteer that information about ourselves, right at the beginning of the relationship, or later on when we feel more comfortable with each other. Or if we’re not so comfortable with over-familiarity, as one of my American friends used to say “That’s Mr. Mr. Fleming to you”!

For more on Japanese honorifics, see our etiquette guide and this Wikipedia entry is comprehensive and accurate.