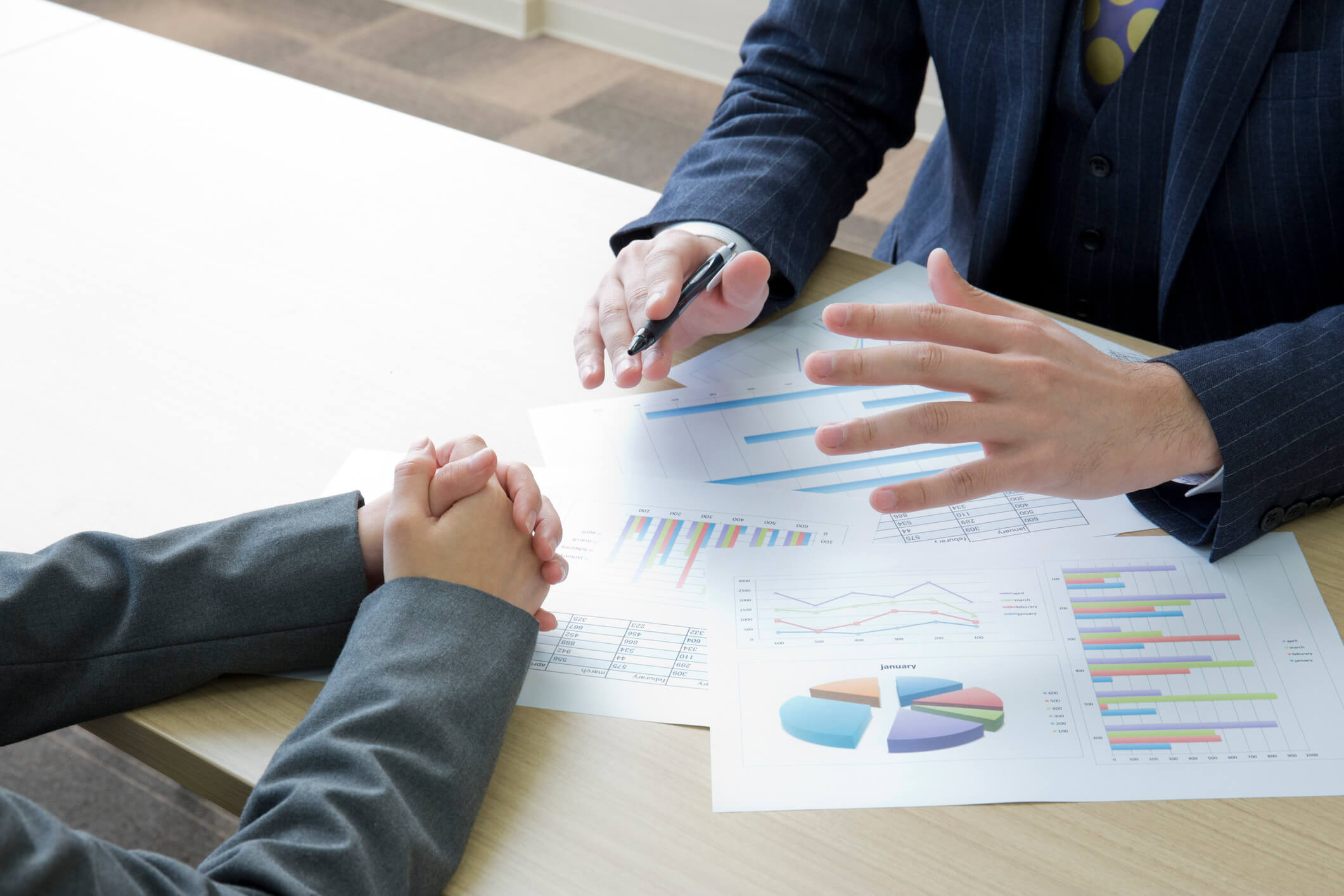 The other day I was teaching a seminar on Working Effectively with Americans to a group of Japanese expatriates from a major electronics manufacturer’s U.S. subsidiary. We were discussing things that they found challenging about working with Americans, and they mentioned something that I’ve heard from many other similar groups – their feeling that Americans are not good at visual presentation of data (charts, graphs, diagrams, sketches, etc.)

Given that the Japanese are masters of the presenting data visually, it’s not surprising that they would feel frustrated with colleagues who are not as adept in this area. To some degree, I think this is a matter of training – graphs and charts are featured prominently in the Japanese educational system and in Japanese business practice, much more so than in the U.S.

I wonder however if there also a difference in skills and preferences related to the absorption of information. It’s my observation that Japanese tend to prefer taking in information visually, while Americans tend to prefer taking in information aurally. My hypothesis is that this is due to the differences in the language — that the process of becoming literate in Japanese requires honing of visual processing skills beyond that required to become literate in English,due to the ideographic characters.

I had a chance to reflect on this when, about 6 or 7 years ago, I volunteered to participate in an academic research study at Northwestern University. As part of the study they had me take a rather extensive battery of IQ tests. After they were administered, I was curious how I scored so I asked the tester. Overall I did alright (phew!) but there was one portion in particular where the tester said I had done especially well. That was a portion where there were about 50 lines in the exercise. In each line, there were five or six numbers, and the test involved picking out the two of the numbers on each line that matched and circling them. Measurement was on both accuracy and speed. I was completely accurate and also he said I had by far the fastest completion time he had ever seen.

It seemed to me that the kind of visual processing ability measured by this test is the exact thing that reading Japanese kanji characters accesses. So I wondered, was I good at this test because I have been reading Japanese on a nearly daily basis all these many years since college? Or was I able to become good at Japanese because I innately had this kind of skill? (I have always been more visual than most Americans because art was my hobby as a youngster; in fact art sparked my original interest in Japan.) It also made me wonder, if that same test were given to native Japanese speakers, would they all score as highly as I did, or perhaps even higher? I think it’s likely they would.

No matter what your current level of comfort with visual means of displaying information, building your skills in this area is a way to improve your ability to communicate with Japanese. This is both due to the “a picture is worth a thousand words” aspect of crossing the language barrier, and due to the general Japanese preference for getting their data in a visual form. Fortunately, there are ways to improve your ability to work with visual information other than learning to read kanji or taking a drawing class (although I recommend both of those too!). In fact there are several books specifically designed for this purpose, which I will mention here.

I particularly like The Back of the Napkin: Solving Problems and Selling Ideas with Pictures

. It skillfully makes the case for the value of visual communication, and it specifically talks about how those who don’t feel that they are artistic can get comfortable using pictures. The story early on in the book of how the author got himself out of a problem situation by using a simple drawing I thought was very compelling. The book’s emphasis on hand-drawn sketches rather than things done on the computer also seems to me to match well the Japanese sensibility. Beyond Words: A Guide to Drawing Out Ideas

is a similar book.

Japanese love graphs and charts, and the more you can utilize them the more comfortable Japanese will be with the information you are presenting. Show Me the Numbers: Designing Tables and Graphs to Enlighten

has lots of good ideas for honing your skills in this area. If you’re looking for something very high-level on this topic, The Visual Display of Quantitative Information

is considered a classic in the field.

The A3 format memo (so-named because it’s printed on 11 x 17 inch paper which is called A3 in Japan), is another Japanese method for arranging information visually. Used extensively at many companies, the composition of an A3 is an art in itself. Interestingly, there are three books that have been published in English that describe the A3 method: Understanding A3 Thinking

, Managing to Learn: Using the A3 Management Process

, and The A3 Workbook: Unlock Your Problem-Solving Mind

. Interestingly, all three are written by former Toyota employees (Toyota in particular adheres strongly to the cult of the A3). There is even a healthcare specific A3 book: A3 Problem Solving for Healthcare

. If you work for, or sell to, a company that uses A3s, trying out this method could earn you a lot of brownie points. And even if you don’t use the method exactly, it offers a lot of inspiration for how to arrange information in ways other than the string of paragraphs found in a typical American memo.

So why not add a more visual element to your communications? If the Japanese you work with are like my seminar participants from the other day, they will really appreciate your efforts.