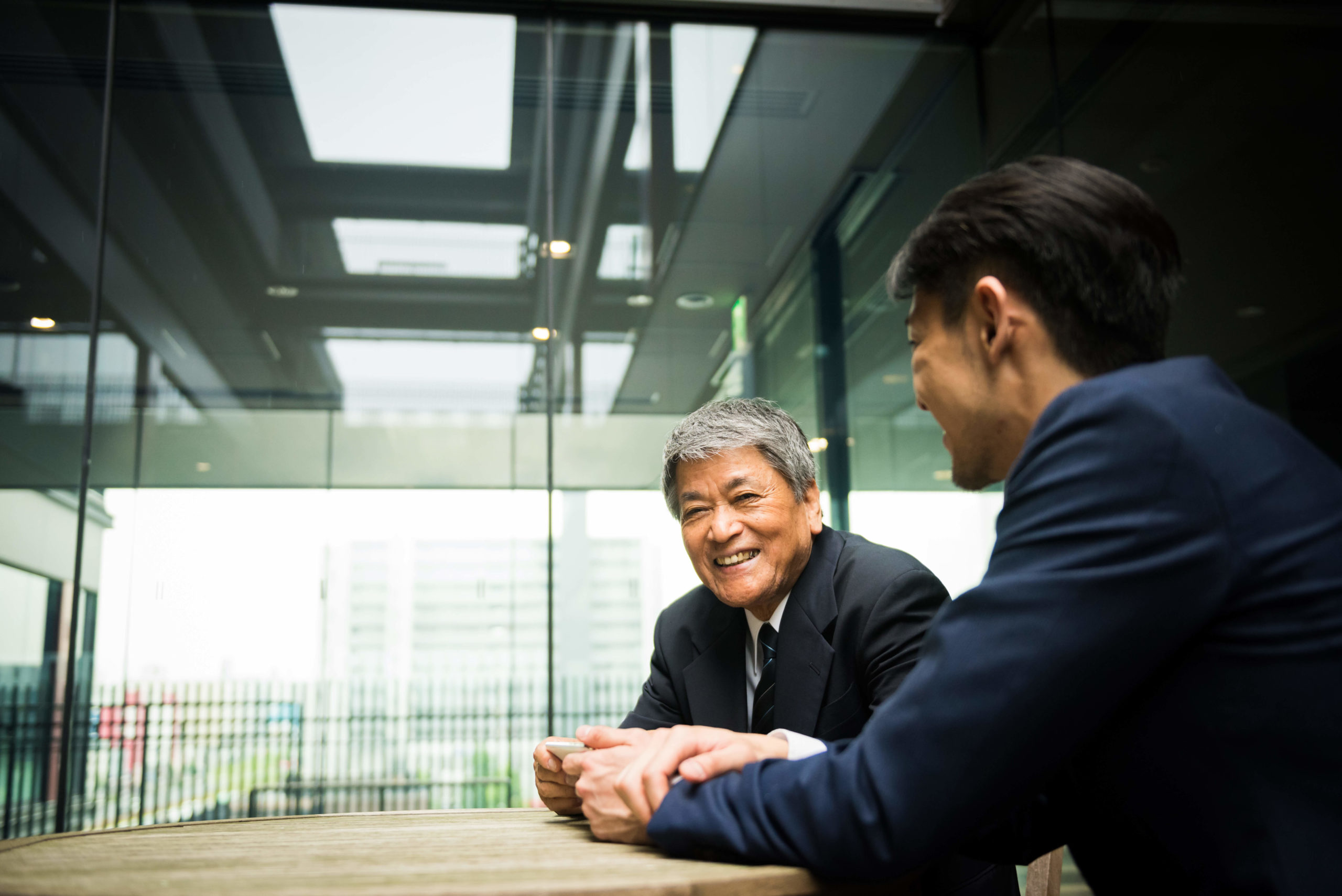 Yokonarabi – Keeping up with the corporate Joneses

Yokonarabi might best be explained by using the English phrase “keeping up with the Joneses”.  As Jones is a common name in English speaking countries, the implication is of watching the people around you and making sure that you don’t fall behind them.

Although “keeping up with the Joneses” is most often used to refer to personal consumption habits of households (such as what kind of clothes they buy, car they drive, or vacation they go on), yokonarabi is more frequently used to describe corporate strategy.  It’s the way to describe the frequent habit of Japanese companies of doing things simply because their competitors are doing so. Yoko refers to “alongside each other” and narabi means “in a line with.”  This is sometimes referred to in English as “being in lockstep with.”

When I think of yokonarabi, this incident comes to mind for me.  Back when I worked at a Japanese bank in Tokyo, I had the opportunity to participate in a very exciting project — the listing of our company’s shares on the stock exchanges in London and Paris. As you might imagine, tremendous sums of money were being expended on this project. Since I was working in the international PR area at the Bank, I had the opportunity to interface with the local PR firms we had hired to help with the publicity surrounding the listings.  I recall vividly one particularly tense meeting with the French PR firm, which was headed by a rather outspoken and aggressive French woman who all of us found rather unnerving. She warned us sharply that there was likely to be negative reaction from the French to the listing, as during that time of rapid Japanese international expansion it would be likely to be viewed as another sign of Japanese “taking over the world.”  Over and over again, she asked pointed questions to try to understand why the Bank was listing in Paris, what its plans were for the French market.  The answers that our executives provided seemed rather vague, so she just kept pushing.  Finally, someone from Strategic Planning spilled the beans: we were listing in Paris due to yokonarabi.  All the other Japanese Banks in our category were listing in London and Paris, so we felt that we needed to also.  There was no business strategy reason, or other explanation.  Just doing it because all our competitors were, and we didn’t want to be the only one not doing it. I’m not sure who was more flabbergasted, the French PR executive or me.

This example I think gets to the essence of yokonarabi. It involves doing something not because you yourself think it’s a good idea, but rather because you want to avoid any negative perception from not doing what others are doing.  “Everyone else is doing it, why aren’t they doing it too? Is there something wrong with them?” is the kind of negative perception one is trying to avoid when doing yokonarabi.  Nobody is asking why the thing that everyone is doing is something that should be done.  It’s the thing to do, and it’s safer to stick with the pack rather than go it alone, especially in Japan where conformity is encouraged and being a maverick is frowned upon.  This reminds me of another Japanese phrase, mina ga watareba kowakunai. Its meaning is that if everyone crosses against the red light, then there’s nothing to be afraid of.（There’s no reason to feel guilty about doing something bad if everyone does it.）

Yokonarabi explains the prevalence of fads that sweep the Japanese business scene on a regular basis. There always seems to be something that everyone is doing this year.  In my field, setting up Global HR departments, and emphasizing gurobaru jinzai ikusei (global human resource development), are currently quite popular.  One can also argue that the current wave of Japanese international M&A might be another example of yokonarabi.  Want to buy a nice company in the U.S., anyone?

INFLUENCING DECISION-MAKING IN A JAPANESE ORGANIZATION