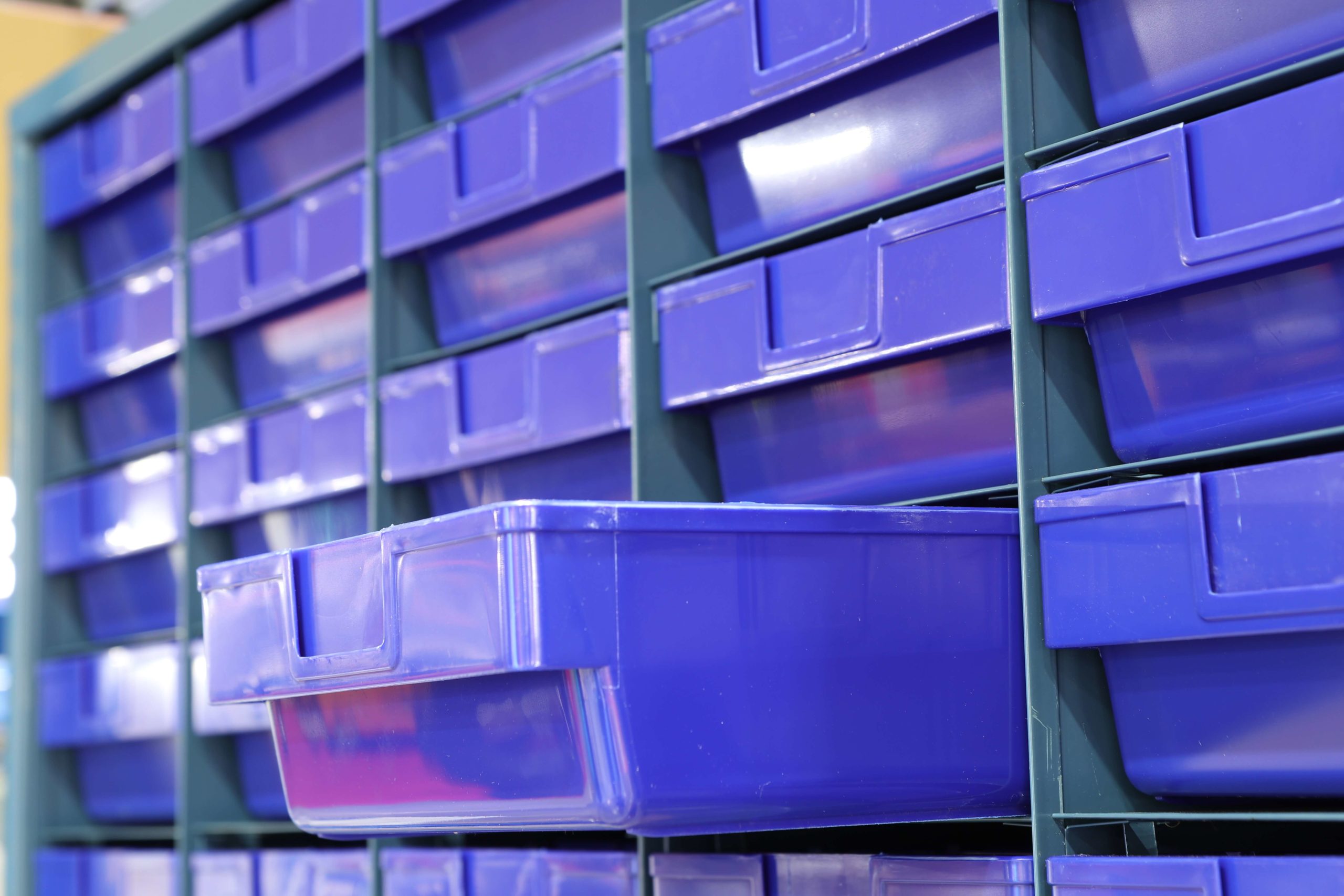 Helping suppliers get the edge

Among our clients are American companies who want to increase their share of Japanese business in the U.S. We teach them the cultural differences behind Japanese and U.S. work practices, and how to anticipate their customers’ requirements. Knowing the cultural context not only enables them to meet their customers’ expectations, but they also proactively identify ways to add value to the relationship.

5S, often explained as Seiri = sorting, Seiton = organizing, Seiso = cleaning, Seiketsu = sanitizing and Shitsuke = sustaining, is a workplace methodology introduced by Japanese businesses. 5S is based on fundamental Japanese “common sense,” which is one reason why they have difficulty explaining it to non-Japanese. In last month’s issue (February 2011), we provided an overview of 5S and some ideas about Seiri. This month takes a fresh look at Seiton.

In her book “製造現場の英語表現 (Seizo gemba no eigo hyogen) (Effective Communication for Engineers),” which helps Japanese engineers communicate in English in technical settings, Rochelle Kopp offers a way to describe seiton.
“Organizing. Set all necessary items in a neat orderly fashion so that they can be located and retrieved safely and quickly. Store-everything in its place.” She advises Japanese engineers to use the expression, “A place for everything and everything in its place,” coined by who else but Benjamin Franklin, “the quintessential American”!

Let’s look at the subtler meanings of seiton. The first character, “organization” or order,” is the same as the first character in seiri, the first 5S concept. In fact the two words are often used together to describe generally orderliness, as in “seiri seiton.” However, their meanings are quite different. Seiri means sorting, separating and rejecting (and keeping). Seiton means organizing and being ready. If we simply focus on putting things away, we can lose sight of why we put things away, which is to be able to retrieve them quickly when we need them. Seiton means determining where and when items are needed, and placing them in a way that promotes efficient work flow. A worker should not have to hunt for necessary tools, or walk to another area to access often-used items.

The TV show with the messy closet

A couple of years ago, a Japanese colleague and I were talking about our favorite American children’s television shows. I mentioned a science show which was aired at that time on public television. It featured two really cool guys who went on science adventures with their pet lemur. “Oh,” he said, “I don’t like my daughter to watch that show. Those two guys do not set a good example.” I wondered, “How could he not like the show?” Then I remembered. There was a running joke about “going to the closet.” When they were setting off for their adventure, they would go to their closet to get their gear. The closet was stuffed so full that when they opened the door an avalanche of every sort of equipment fell on their heads. “Real scientists have seiton” said my colleague. “He’s right,” I thought to myself. But I thought for American kids watching the show, the messy closet just added to the brothers’ coolness. Somehow seiton doesn’t seem all that –well, cool. Visit a Japanese school, and you will see how seiton is taught and reinforced from day one.

Visual identification and communication are also critical to seiton implementation. Items that are used regularly are often labeled to document dates of use to determine priority of location. Tools are labeled so that the correct one is used. Shadow labeling (drawing the outline of the item at the location where it should be put away) clearly communicates the correct location. Floor labeling identifies locations where equipment belongs. It also identifies where people belong and places that are not safe and they do not belong.

We often think of seiton as applying to objects such as tools, parts and equipment, but the original meaning of seiton also includes dressing properly according to one’s role. A uniform is a type of visual communication. At a Japanese company you can tell at a glance who are contractors and not regular employees, and also which contractor they work for, simply from the color of the uniform. Similarly, Japanese who go hiking wear hiking gear, even on a simple day outing where from a purely technical standpoint, ordinary clothes will suffice. Aligning the costume with the activity is more important to Japanese than it is for Americans.

Japanese has a word, “ba,” which indicates both time and place. Japanese are sensitive to aligning activities with their appropriate “ba.” One element of seiton is aligning schedules. Say, for example, the Japanese need to call an emergency meeting at 1:00PM, they can be fairly confident that the people who need to attend will be there. That is because Japanese companies make the logistical effort to give everyone the same lunch break from 12:00PM to 1:00PM. So they are surprised to call an impromptu meeting at 1:00PM in the U.S. and find that many workers are not even in the building. When they hear, “I can’t find Joe. He must have gone out to grab a bite to eat” they wonder if Americans are serious about their work. My advice: Find out when the Japanese take lunch and take it at the same time.

Another element of seiton is to align behavior with appropriate “ba.” There is a time and place for everything. Meetings are “ba” for serious discussion. They are not places for joking around. Dinner and drinks are “ba” for joking and getting to know one another.

Seiton is different from simply having a neat shop floor or office. The ultimate purpose of seiton is preparedness, for items to be ready when needed. Items used actual work processes are analyzed from the point of view of frequency and proximity before being assigned a location.

A common complaint I hear from the Japanese is that Americans are not prepared for meetings. Supporting data should be brought, whether as hard copies or in an electronic format that is quickly retrievable. Do not be in the position of saying, “I’m sorry, I know that the spreadsheet is somewhere on the network…” Make sure that you discover any discrepancies in the data before they do and that your team is prepared and in agreement before you get to the meeting.

Seiton—all necessary items placed so that they can be located and ready when they are needed.