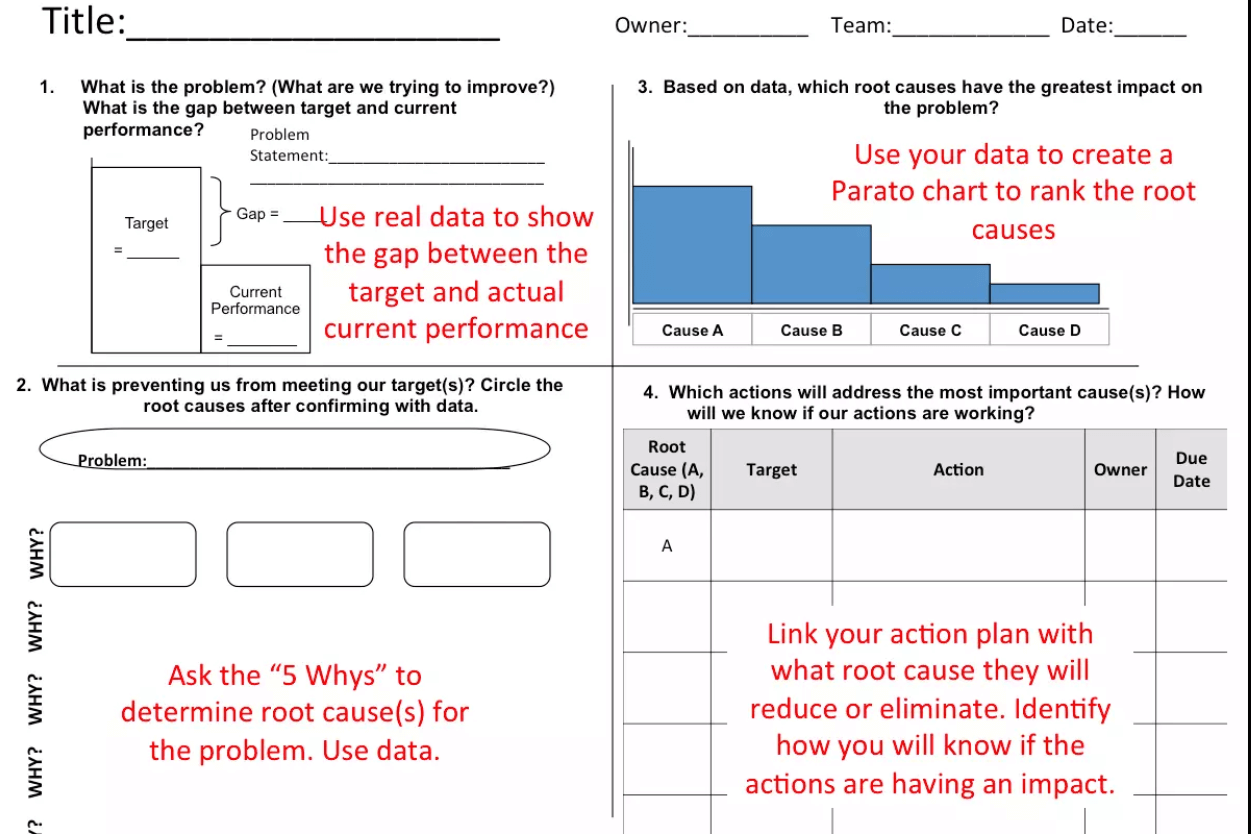 A3 reports – secret to Japanese productivity

“It looks just like a bento box!”  That was the way an American participant in one of my seminars described their view of an A3 form — divided into neat sections with each containing a different morsel of information. I have to admit, it’s a great analogy.

Although it’s a very familiar tool to many Japanese businesspeople, the A3 is something exotic in the eyes of most businesspeople in the United States.  I often get questions from Americans about it.

Named for the A3 standard size of paper, an A3 report is a report with a set structure.  The page is divided into several sections, with each being a small square or rectangle — so my seminar participant’s observation that it looks like a bento box is indeed quite accurate.

Each section of the page contains a certain type of information that always appears there, be it the overall conclusion, background information, or analysis.  Learning what information needs to go into what section is part of the educational process that young Japanese employees go through during their early days in a company.

Once one has become familiar with reading and writing A3 reports, they can certainly increase efficiency.  They are a good way to organize one’s thoughts. And if A3s are used consistently throughout the company, any employee can pick up a report from anywhere else in the company and immediately understand the key points it is trying to convey.

The A3 is a terrific example of the Japanese penchant for organizing data in efficient and easy to use formats.  The fact that kanji are compact also makes it easier to fit a lot of information onto just one page.  The only analogy I can think of to the A3 in American business is the company Proctor and Gamble, which is famous for its internal requirement that all internal memos must not exceed one page in length.  Like the A3, there is also a set format to the P&G memo style, with 5 elements that must be included: The Idea, The Background, How It Works, Key Benefits and Next Steps.

Once, I undertook a major project for a Japanese company’s subsidiary in the U.S.  As the product of my work, I created a comprehensive report of over 60 pages in length.  Because the results were going to be used as the basis for some significant subsequent measures in the company, the results needed to be reported to headquarters. Because A3s are the way reports are made in this particular company, my long report had to be summarized in an A3.  I didn’t think it would be possible, but one of the Japanese expatriates (who had been writing A3s his entire career) took it on, and I must say that he did a marvelous job with it.  All the key points were indeed reflected. It was quite a feat of summarization.

One thing about this story though: a Japanese expatriate had to write the A3.  I certainly didn’t know how to do it, and neither did any of the non-Japanese staff in that company.  This situation makes the company dependent on Japanese staff.  Given how expensive it is to send an expatriate to work in an overseas operation, and the fact that fewer younger Japanese are interested in international assignments, continuing dependence on Japanese to be able to do tasks considered essential by the company, such as prepare A3s, doesn’t seem sustainable in the long term.  Japanese organizations that rely on A3s as an important communication tool need to think about how they can teach non-Japanese employees to prepare them.  If A3s remain something that only Japanese are able to do, this will serve as a drag on the organization’s ability to expand and thrive globally.

The photo above is an example of a simplified A3 problem solving tool, kindly provided by Katie Anderson, consultant and author of a book about Toyota’s management techniques, Learning to LEAD, Leading to LEARN. Read more about A3s on her blog here.

5S IN THE JAPANESE WORKPLACE – SEITON AT THE READY