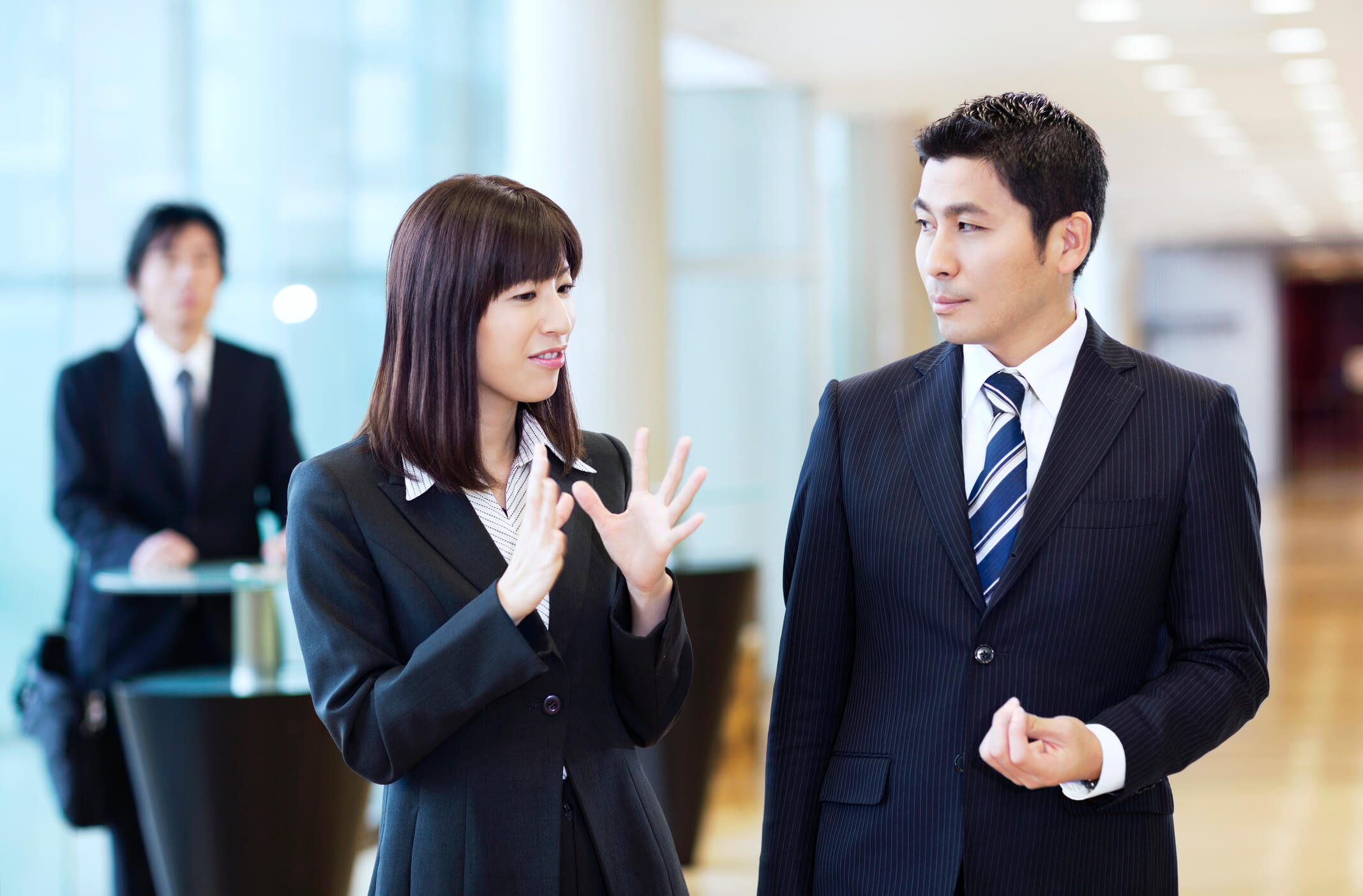 In Tokyo on a recent business trip, I had two strikingly similar, and startling, conversations.

The first one was when a Japanese friend, Masa, invited me to dinner.  A friend of his, another businessman, and who I had not met before, was going to join us.  It happened that the friend and I arrived at the restaurant first and chatted for about fifteen minutes before Masa arrived.  After about ten minutes of conversation, the friend looked at me and said “Masa said you were a successful businesswoman.  But you don’t seem like that at all to me.”  I instinctively recoiled at this comment that from an American perspective seemed like a slap in the face – did he think I seemed stupid or unprofessional?  However, his tone was not at all negative, and in fact seemed complimentary, so I asked him to explain.  What he meant was, I seemed very feminine and soft-spoken, not at all like his image of a successful businesswoman.  Hmm, I wondered, why does he think that being a successful businesswoman is incompatible with being feminine?  Does one have to be masculine and loud to do well in business? However our mutual friend Masa arrived and I didn’t have a chance to explore the subject further.

I had chocked up this comment as an oddity when soon after I was being  interviewed for a Japanese magazine.  A photographer had come along with the writer, and he made conversation with me while snapping some shots.  He said “When I heard that our subject today was a female business owner, I was expecting someone quite severe.  But you’re not what I expected at all.  You’re very feminine!”  Here was that same comment again, obviously a compliment but sounding rather strange to my American ears.  What was he thinking, that a female business owner would be some sort of witch, or something else that rhymes with that word?

Part of the photographer’s reaction may merely have been sartorial.  In a sense, in terms of women’s role in the workplace, Japan is about 25 years behind the U.S.  And fashions for working women are at about where the U.S. was in the early 1980s – the famous “dress for success” look in which women wore suits that were as similar as possible to men’s.  In Japan, most “career track” women wear plain navy or black or grey suits that are definitely not feminine looking —  it’s only on the women in clerical positions that one will see softer looks.  In other words, the fashion changes that happened in the early 90s in the U.S., where women’s business clothes became a lot more feminine in cut and colors, have definitely not happened in Japan – it’s a choice between serious and severe, or cute and sexy, and not much in-between.  In my mind, the women’s business fashion evolution in the U.S. was a sign of women’s progress in the workplace, where women had gained enough ground that they didn’t feel they had to try to look like men anymore in order to be taken seriously.  And indeed, come to think of it, for the magazine interview I was wearing a wraparound dress that’s currently being sold in the U.S. for business-wear but would be a bit informal for many Japanese business contexts – if I were going to a client meeting I would put a jacket over it.

This thinking extends not just to clothes but to hairstyles.  I remember well having dinner with a group of my Japanese business school classmates, all male except for one woman, Keiko, soon after we graduated.  Since the time I first met her at the beginning of business school, Keiko had worn her hair long and permed into soft waves, a very flattering look on her.  The men took it upon themselves to tell Keiko in no uncertain terms that they thought she needed to change her hairstyle in order to be successful in business in Japan, that her “romantic” hairstyle would send the wrong signals and prevent people from taking her seriously.  I found their strong views on the subject quite surprising.  Why couldn’t Keiko look like a woman and also be taken seriously?  I was the dissenting voice, saying she should wear her hair how she liked.  She has followed my advice and it doesn’t seem to have hurt her career one bit.

The idea in Japan that successful businesswomen can’t be feminine, or that if one is feminine one can’t be a successful businesswoman, seems to go beyond clothes.  There is a traditional notion in Japan that aggressive behavior is unattractive, and that to succeed in business one must be aggressive – thus the idea that business and femininity are incompatible.  There is also the fact that the lack of day care and other support infrastructure cause most Japanese mothers to leave the workforce, meaning that there are few examples of women who combine the “feminine” role of mother with a business career.  Many Japanese women decide early on whether they are aiming to be a “career woman” long-term or to eventually get married and have a family, and choose their fashions and their jobs to match.

The idea that being feminine and being a successful businesswoman are mutually exclusive is of course not limited to Japan.  For example, Deirdre McCaughey and Dieter Schonwetter of the University of Manitoba wrote in an academic paper, “Research reveals that gender stereotyping plays a dominant role in defining the characteristics of successful managers. Students and academics consistently describe successful managers as possessing male orientated characteristics, such as assertiveness, aggressiveness, independence, and risk taking…many female professionals are concerned with acting feminine in their workplace, as femininity is typically associated with weakness, vulnerability, and lacking in competence.”  Perhaps it’s just that, less concerned with being perceived as politically incorrect, Japanese are more willing to put these kinds of views into words.