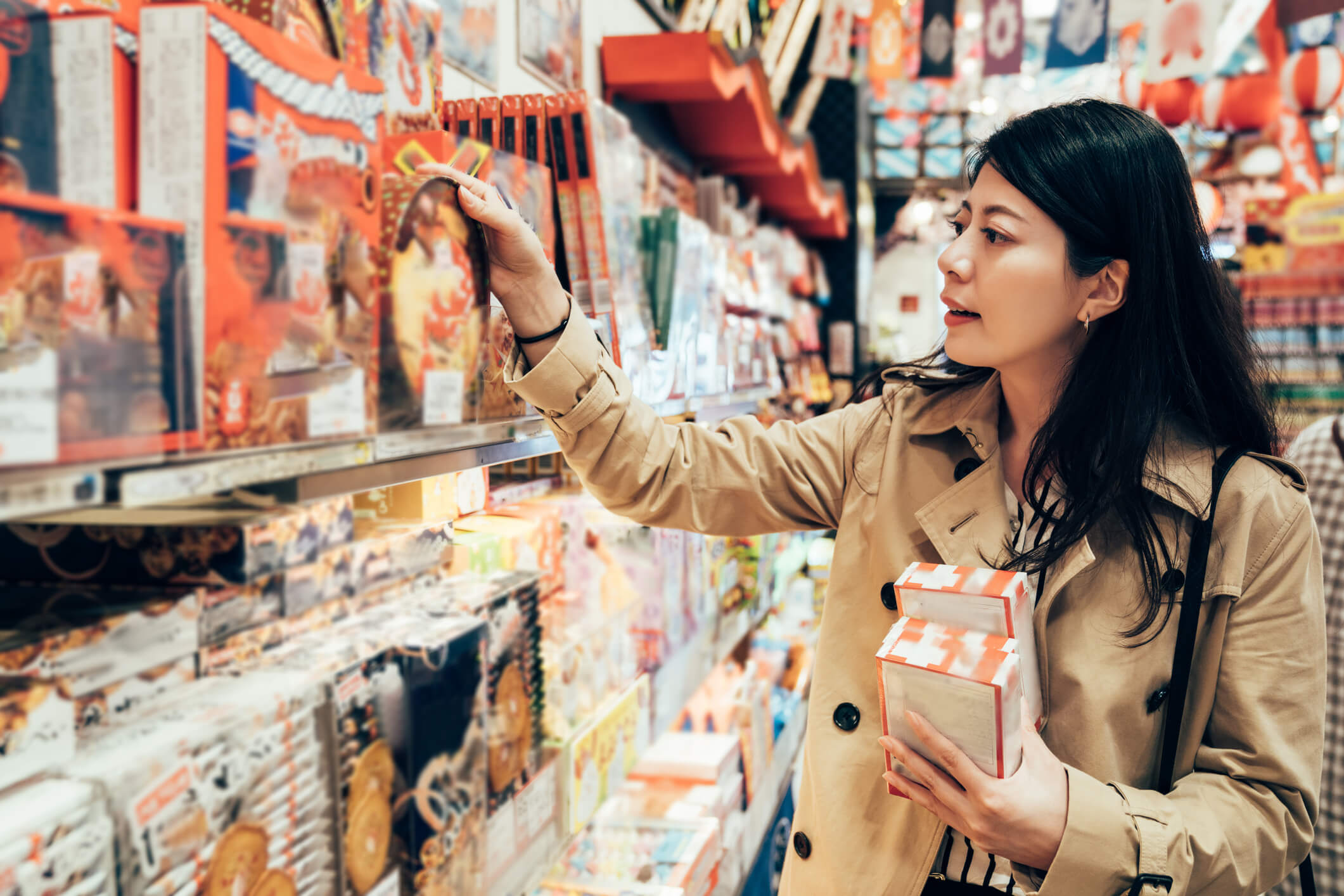 Feature-packed “koseino” products a hit with shoppers in Japan

Japanese customers prefer products that are koseino, a term which is usually translated as “high-performance.”  Koseino products ones that are packed with special features or value-added qualities.  This tendency explains, for example, why Japanese consumer electronics products are often so complex.   The various extra features are a delight to those who are interested in such things, but can overwhelm some users.

A bit of shopping in Tokyo reveals that the koseino concept is apparent not only in consumer electronics, but in nearly every type of product.  For example, a trip to a stationery store resulted in my indulging my weakness for Japanese-style special features.  But of course, these features come at a price.  Some readers might think I was crazy to buy a $25 pair of scissors, a $27 mousepad, and a $3 highlighter pen.  If these were ordinary products, such prices would indeed be shocking.  But the scissors aren’t ordinary scissors, they are scissors with a special coating that tape will not stick to, so are perfect for cutting through packing tape or for a sports medicine specialist who needs to apply a lot of tape to a patient.  Incredibly strong and sharp, they truly are probably the best pair of scissors I have ever used.  No comparison to the cheap pair I picked up at Office Depot in the U.S.  As for the mousepad, I couldn’t resist the package’s pitch that it’s “the world’s best mousepad” and that my mouse would glide over it so smoothly that it would feel “just like playing air hockey.”  I’m not so sure about the air hockey part, but it does work quite well, much better than the one I got for free from one of my clients that I had been using up until now.  And the highlighter pen is no ordinary highlighter – while one end does the typical yellow ink, the other end dispenses a clear liquid that allows you to erase the yellow ink.  It actually works.  Now that’s koseino.  Wish I had had it in college!

The koseino concept is also apparent in Japanese food products.  The Japanese are enthralled by what are referred to in the U.S. in trade circles as “functional foods” – foods that don’t just taste good, but perform some other function.  One visit to Japan I found myself particularly fascinated with a new and heavily advertised yogurt product called Utsukshii Ashita, which means “a beautiful tomorrow,” that purports to make you prettier.  It does this through a koseino slew of features: a slew of active cultures that promote good intestinal flora, and big doses of collagen and ceramides (which are key ingredients of topical skin products in the U.S. but in Japan are believed to also be of benefit if you eat them).   Thinking it couldn’t hurt, I gave it a try, and have to admit that it was actually quite delicious.  It has a particularly silky texture, and I couldn’t help but think that if it could impart any of this silkiness to my skin it would be very worthwhile. I also picked up a package of Bihaku Gumi, lemon flavored gummy candies laced with vitamin C and other substances that purport to work against age spots (the scourge of Japanese women the way wrinkles are the scourge of American women).  Tell me if I look prettier the next time you see me.

After a recent long day, I was also seduced by an advertisement in the train for GABA, a chocolate product from the major Japanese confectionery Glico.  According to the advertising, this is a “mental balance chocolate” because it contains 25x more GABA than typical chocolate.  Glico states that GABA is a neurotransmitter naturally present in chocolate, and is also an amino acid that aids in relaxation.  The chocolate is marketed for “those who are battling with a stressful society,” which of course in Japan is absolutely everyone.   So your chocolate fix shouldn’t only be for enjoyment, it should also help you beat stress.  When I hopped off the train I dashed into a convenience store to grab a package, and gobbled it down on my stroll back to my hotel.  Bliss was sure to arrive soon.  When I arrived back, out of curiosity I did a quick internet search for GABA, and discovered that while it indeed does help promote relaxation and deeper sleep, it has been banned in the U.S. and U.K, can lead to shortness of breath soon after ingestion, and should not be used on a daily basis lest the body become inured to it.  Suddenly I felt a lot less relaxed.  Perhaps a simple chocolate bar would have been better.

The tendency towards koseino has both positive and negative aspects for Japanese business.  As can be seen from the examples above, the tendency to seek make products koseino is a spur to creativity and leads to high quality.  At the same time, the pursuit of koseino tends to drive prices up.  One time a couple of years ago, I was in Tokyo in the dead of winter, and my hotel room was so dry it gave me a scratchy throat and I was afraid I would lose my voice in the following day’s seminar.  So I decided to venture out to buy a humidifier for my room.  In the U.S., it would be possible to buy a simple humidifier with basic functions for less than $50, a price point that made sense to me as I would be giving away the humidifier after this one use.  However, at the Japanese electronics store, no humidifiers were to be had for less than $150.  The reason was that each of them was equipped with a multitude of special features, including a “fuzzy logic” function that would put exactly the right amount of humidity in the room.  The emphasis on koseino meant that there was no simple, low cost option available, and at least one consumer walked away unsatisfied.