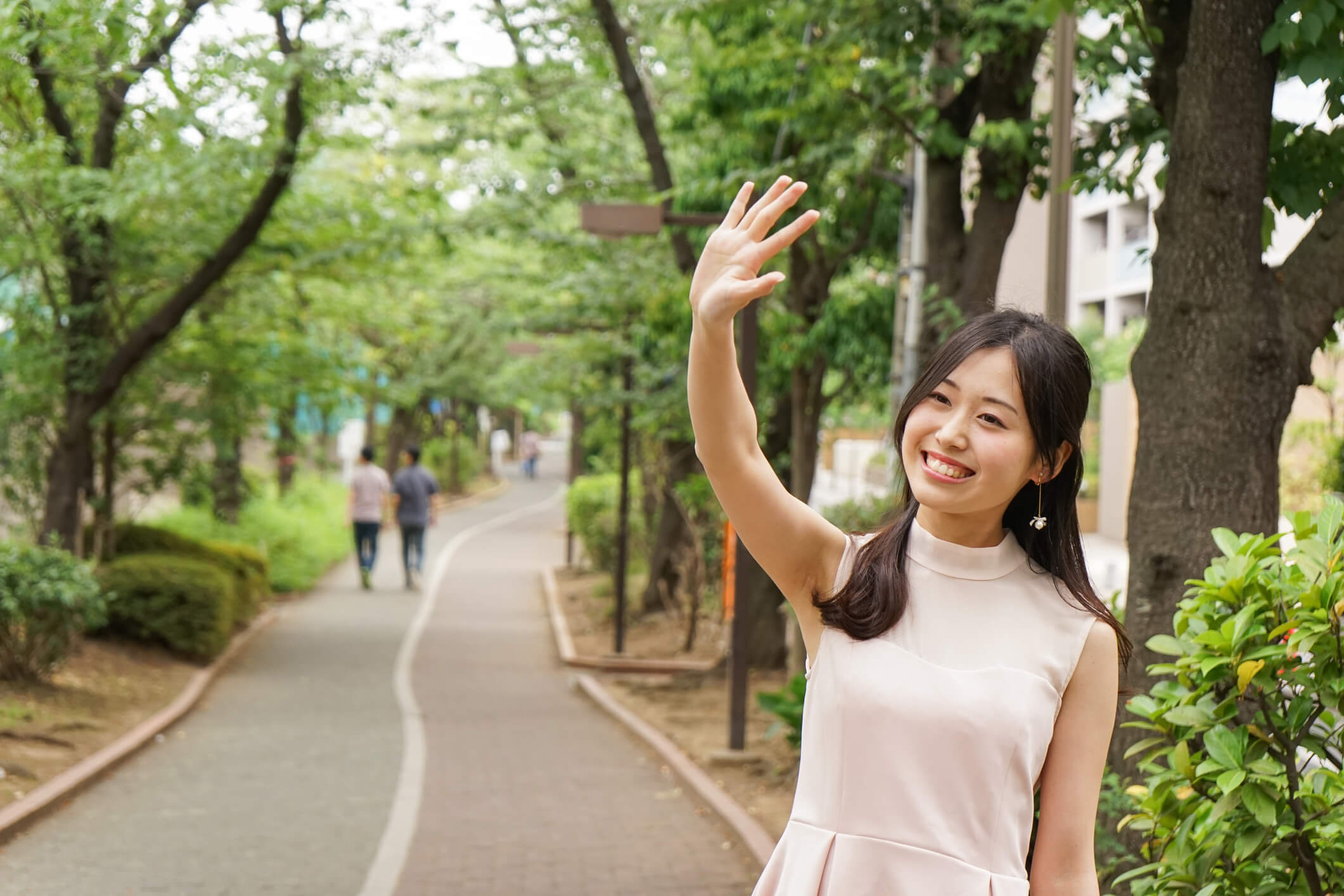 Greetings an important tool for reaching out to Japanese

Every year while teaching my annual course at Ritsumeikan Asia Pacific University in Kyushu, I stay in a small mountain village not far from the campus. It’s a picture postcard perfect traditional Japanese town, surrounded by rice paddies.

Sprinkled around the town are signs sponsored by the village PTA, each with a haiku-like exhortation to better behavior. Some talk about keeping the town clean or driving safely, but interestingly most of them focus on the importance of aisatsu, or greetings. In other words, saying good morning, good afternoon, or good evening to one’s neighbors whenever one happens to see them. Reflecting common Japanese views, the PTA signs state that cheerful aisatsu are important for cultivating an atmosphere of warmth and friendliness, and encourage everyone to say them faithfully.

Although I have seen public service signs in the U.S. telling people to drive carefully or not litter, I can’t recall ever seeing one reminding people to say good morning to each other. So this feels like a definite cultural difference to me. And indeed an emphasis on greetings can be seen in many contexts in Japan, from the loud “good mornings” that Japanese say to their co-workers upon arriving at the office, to the irrashaimase (welcome) that greets each customer entering a store or restaurant.

On my most recent trip to Japan I brought my husband along. It was his first time in Japan, and until he got there he didn’t speak any of the language. The first phrases he learned were the greetings, and since they are some of the only things he could say, he used them a lot. So nearly every Japanese person we passed was being regaled with a hearty ohayo gozaimasu (good morning) or konnichiwa (good afternoon).

It was very interesting to observe how extremely positively people responded to my husband’s greeting efforts. They seemed truly delighted at hearing him greet them. (It also led to several times where I had to rescue him, as his konnichiwa in particular sounds so natural that people assume he can speak Japanese well, and try to converse with him!)

Seeing the positive reactions to warm greetings reminds me of something that often comes up in my seminars at Japanese companies working in the United States. When I ask Japanese participants to tell me some of the things that they like most about working with Americans, very often they will mention that they like how Americans greet people cheerfully. I find it very interesting that Japanese say this, as I doubt that many Americans would consciously list “cheerful greetings” as among their strengths.

This all goes to say that for those who are working with Japanese, don’t underestimate the power of a warm hello or a friendly “good morning.” It may be valued more than you realize. And if you are in Japan, making the effort to learn the Japanese greetings appropriate for each time of day is a simple way to make people feel more comfortable with you.

This article originally appeared in the Nikkei Weekly.

For more on Japanese etiquette, check out Business Etiquette Japan by Rochelle Kopp and Pernille Rudlin, in audiobook and Kindle edition.