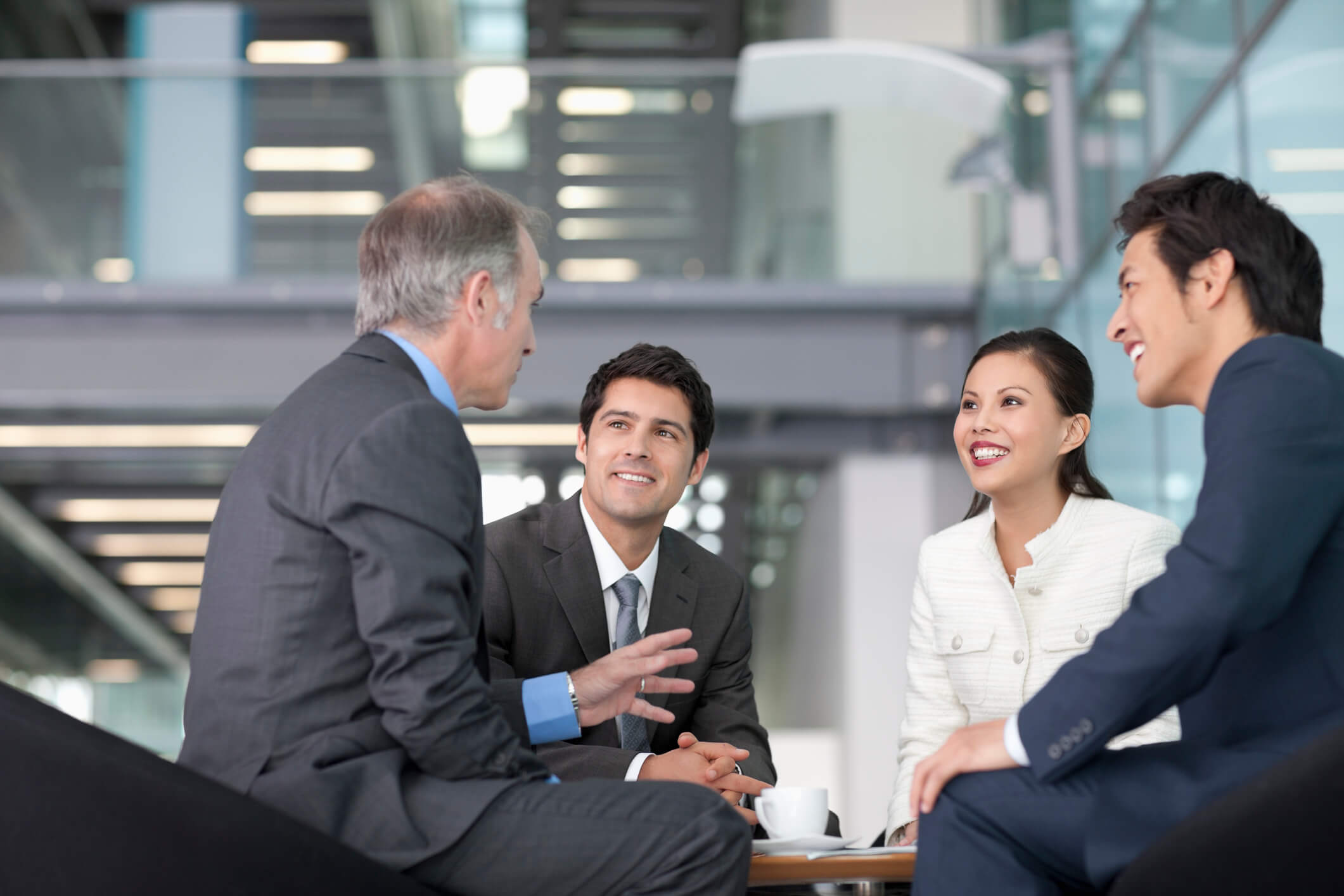 You are working with a new Japanese client.  Your initial correspondence with your contact person has gone smoothly, but suddenly you encounter delays.  He tells you that he needs more time to “study” your reports.  And when you visit his firm to make a presentation, the whole thing gets bogged down when he and his colleagues have trouble understanding you.  It seems that your counterparts’ difficulty using English is making it harder for you to work with them effectively.

Let’s look at the situation from the point of view of the Japanese.  “Our new supplier doesn’t seem to realize how long it takes us to slog through a big report like the one they sent.  It’s time-consuming for us to digest all those long paragraphs – the sheer volume of words is overwhelming.  It’s hard for us to grasp the main point.  And when they came here to give a presentation, they talked so quickly and seemed to show no consideration for our weaker English skills.  It was difficult for us to absorb all the information.  We know that we need to improve our English ability, but we wish that they would be more sensitive of our situation.

Many books and articles have been written on the subject of why Japanese tend to have so much difficulty with English.  The tremendous linguistic gap between the Japanese language and English, poor language teaching methods used in Japanese schools, the lack of opportunity to interact with native speakers – all have been used to explain the phenomenon.  Rather than retrace that ground here, I would like to offer instead some practical tips you can use to bridge the language barrier with your Japanese colleagues.  Through easing the communication flow, you can avoid misunderstandings, increase efficiency, and make your Japanese counterparts feel more comfortable.

Making your reports readable for Japanese

Most Japanese businesspeople are more comfortable reading English than speaking it. Nevertheless, they find reading significant numbers of documents in English to be time-consuming and tiring. You can make it easier for your Japanese colleagues to digest your written output by following these guidelines:

• Organize documents so that they can be perused quickly.

• Divide anything over 3 pages into sections and add section headings.

• Always include an executive summary (or for shorter memos and reports a summary sentence) at the beginning.

• Be as concise as possible.  When it comes to communication, Japanese tend to believe that “less is more.”

• Use outline format or bullet points rather than long paragraphs, because they break up the ideas and make them easier to follow.

• Keep sentences short and straightforward. Use two or three sentences instead of one long one.

• If a point is particularly important or difficult to get across, restate it again in a different way.

• Add visual aids.  Use lists, charts, graphs, tables, diagrams and illustrations to clarify and organize data.  The more visual your report, the easier it is for Japanese to absorb it.

• Include a glossary at the end of the report, or put a definition in parentheses for any technical, industry, or newly-coined term that is likely to be unfamiliar to your reader.

• Avoid using acronyms unless they are defined – even ones that are quite common, such as ASAP or TBD may be unfamiliar to Japanese.

• Give concrete examples to illustrate abstract points, or use metaphors.

Speaking in English in a way that is helpful for Japanese

Because Japanese tend to be stronger in reading then they do speaking, using written tools can help increase the effectiveness of spoken communication.

• If you are giving a presentation, give the participants a copy of the information in advance, so that they can study it and be prepared to ask questions.

• Use a whiteboard or flipchart to summarize ideas.

• Don’t be afraid to grab a pencil and paper to draw an explanatory diagram if it seems helpful.

• Prepare a simple agenda for even informal meetings — this can help structure your interaction with someone whose spoken English skills are imperfect.

• Write up a memo after any conversation in which decisions were made, to confirm and clarify everyone’s understanding of the situation.

• Enunciate clearly, and slow down (although not too much or you will sound condescending).  If you have a regional accent, try to tone it down and speak in a more standard style.

• Allow a lot of time for responses to questions — as much as 30 seconds to one minute longer than you would if you were speaking to a fellow native speaker of English.

• Avoid humor, especially sarcasm, which is likely to be misunderstood.

• Don’t ask directly “do you understand,” because Japanese will tend to respond yes even if they don’t understand, since they don’t want to offend you or appear ignorant.  Instead, if your counterpart looks confused, simply back up and go over what you were just talking about.  Or, you can ask them “do you have any questions?” or “do you need more information about anything I said?”

• If what you say is not understood, it may be due to a particular word or phrase you used being unfamiliar.  Restate what you want to say in different words, rather than simply repeating the same thing in the same words again.  Saying “in other words”, or “to summarize” is a good way to do this smoothly, without calling attention to your counterpart’s lack of understanding.

• Avoid “talking out loud” and “tossing ideas around”, which involve a lot of words.  Rather than refining your ideas while talking, think things through before the interaction so that you can be more concise and less confusing.

By using all these techniques, you can make your spoken communication with Japanese more effective.  However, there is one technique that I hear frequently used which I would suggest you avoid:  speaking in “baby talk” or “pidgin English.”  Often I hear people speaking to Japanese using exaggeratedly simple sentences and making the same grammatical mistakes that Japanese tend to make (e.g. leaving out particles such as “an” and “the” and dropping the “s” off words that should be plural).  Although such tactics may appear to be effective in the short run, in the long run they are counterproductive, for several reasons.  First of all, even though Japanese speak that way themselves, they are aware that it’s wrong, and may feel insulted that you are parroting them.  Second, if you speak improperly to Japanese, you are doing them a disservice by reinforcing their mistakes and serving as a bad model for English use.  Finally, if you spend too much time talking in a stilted manner, you may find yourself continuing to talk that way with other people.   I have met many people who came home speaking in “baby talk”, making their spouse wonder what had happened to them!