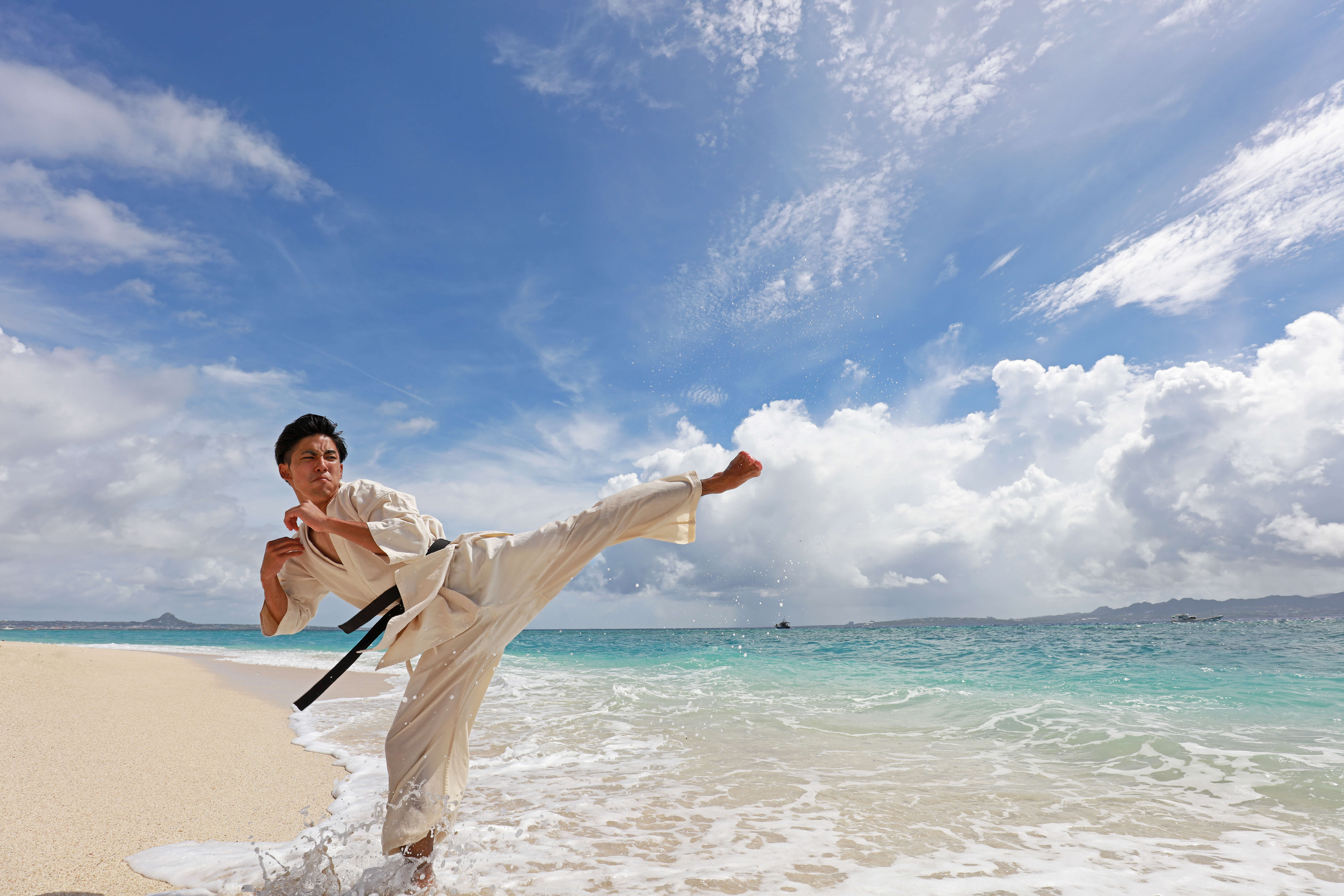 The early 1980s was a time that Americans were becoming curious about Japan, and one reflection in pop culture was the hit movie The Karate Kid.  (There was a remake of the same name published earlier this year, but it was set in China and featured kung fu, not karate.  Perhaps that change of venue can be seen as a sign of the times, but at any rate in this article I will discuss the original version).

The Karate Kid told the story of a young boy who asked to learn karate from the older Japanese man who is his apartment building’s handyman.  In a famous scene, on the first day that the boy goes to the older man’s house to begin his lessons, he is first asked to do a series of chores.  He is asked to paint a fence, using a certain up-down motion.  Then he is asked to wash the man’s car and wax it, applying the wax with one motion (“wax on”) and then removing it with another (“wax off”).

The boy eventually becomes annoyed, and tells the old man that he came to learn karate, not to do his chores.  The old man then reveals that the motions he asked him to use were actually the basic karate moves.  He barks “wax on” and the boy automatically makes the motion he learned, then he barks “wax off” and the boy automatically makes that motion.  The old man explains that in a fight you have to be able to react quickly, so your muscles need to have learned the motion.

Ask any American over the age of 35 or so if they know what “wax on” and “wax off” mean and they are sure to know.  So memorable was this scene.

In my mind, this scene was the perfect demonstration of the Japanese concept of mi ni tsukeru.  Literally we can translate this as “attaching something to your muscles”, but unfortunately that wouldn’t make much sense to a native speaker.  Better to say something along the lines of “learn something by doing it over and over again until it becomes a reflex” or “learn by doing.”

There is also the English phrase “muscle memory”, which is defined by Wikipedia with the following: “a form of procedural memory that involves consolidating a specific motor task into memory through repetition. When a movement is repeated over time, a long-term muscle memory is created for that task; eventually allowing it to be performed without conscious effort. This process decreases the need for attention and creates maximum efficiency within the motor and memory systems.”

The difference between the idea of muscle memory as it’s usually used in the U.S. and the phrase mi ni tsukeru in Japanese is that muscle memory tends to be used primarily with sports or other purely physical tasks, such as riding a bicycle.  In Japan, the phrase is used more widely, including in business contexts, to mean “learn by doing” or “learning from experience.”  In this sense, it’s a close cousin of “on the job training (OJT)”.

My personal experience with the concept of mi ni tsukeru was when I studied Japanese flower arrangement.  There was no textbook, and the teacher gave very little explanation.  Instead, at the beginning of each class she would demonstrate the style we would be arranging, and then with the same flowers we were told to go ahead and try it on our own.  The teacher would then come to each of us and make any necessary corrections to our arrangements. At first, for me this meant ripping out everything I had done and starting over.  As time passed, my arrangements gradually needed less and less reworking.  Somehow, I absorbed the flower arranging technique.  However, this knowledge resides in my muscles, not my brain.  Because I never learned it through theory or verbal explanation, if someone asks me explain how to arrange flowers I am at a loss for words.  Too bad my muscles can’t speak.