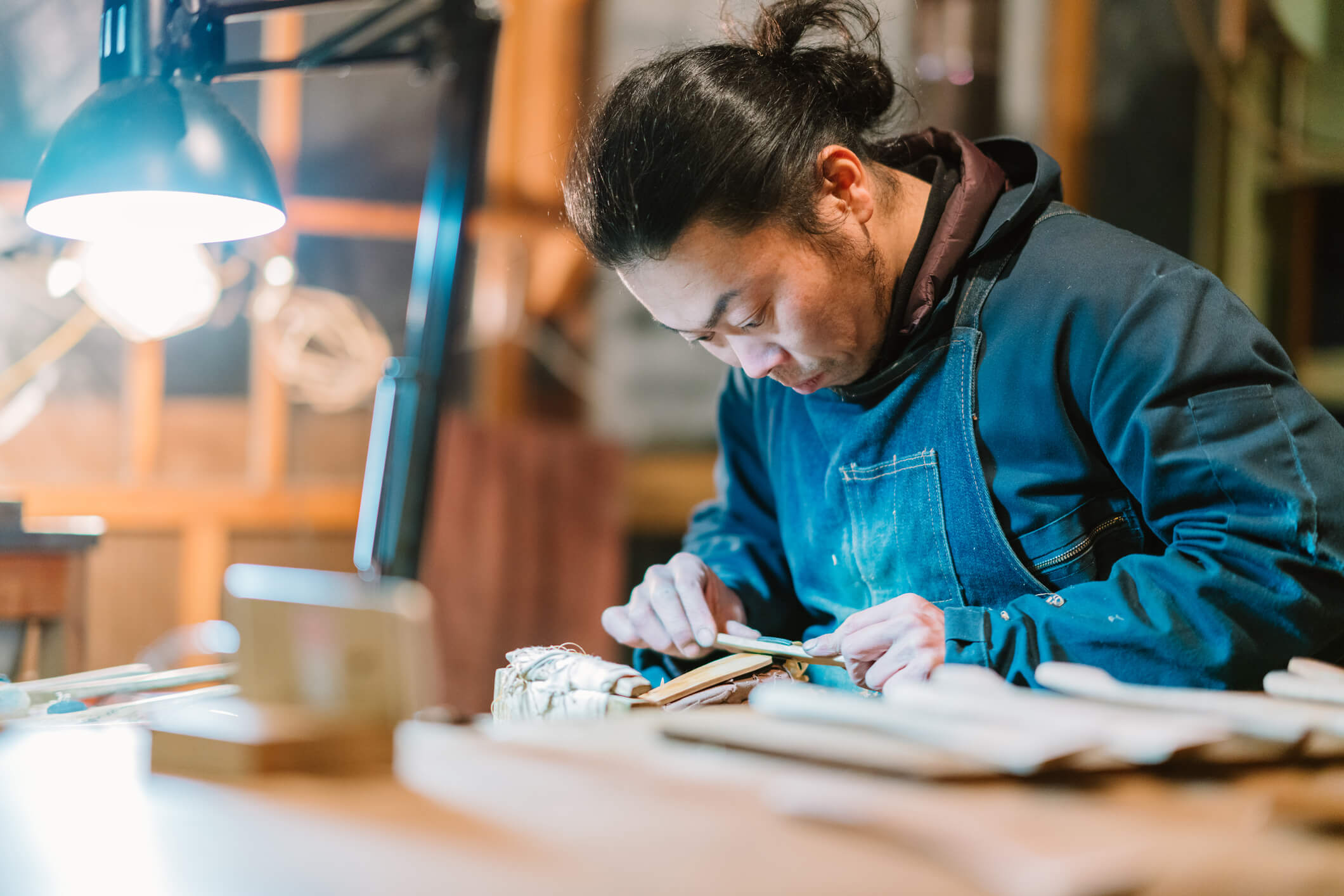 It has recently become common for companies to place statements of their corporate philosophies on their website. Often these make for rather bland reading, and they tend to sound interchangeable. However recently I found a unique one, on the website of Canon Precision. It read: “Canon Precision is aiming to become a highly value-added ‘monotsukuri‘ company with leading edge, world-class technology.”

The Canon Precision website goes on to describe their take on this concept futher: “A “Monotsukuri” (knowledge-based making of things) spirit is the driving force behind our development team. They work directly with our production division on the development of all new products. Key components are manufactured in-house, assuring that our high quality standards are maintained.”

This is a great example of the value that Japanese business puts on the concept of monotsukuri. This term refers to the precision hand-craftmanship that Japan has been famous for historically in its crafts and more recently in its business enterprises. It’s the philosophical opposite of outsourcing. Monotsukuri means that there is a value in making things yourself, that in the process of doing all aspects of creating something that you will learn something that would not have been possible had you left the dirty hands-on work to someone else. Thus, Canon Precision’s insistence on making their key components themselves, in an era where most companies (particularly American ones) would farm that work out in order to concentrate on their “core competencies.”

In order to make things, you need people who know how to make them. Japanese technicians, who had honed their crafts in the lifetime employment environment, spending decades perfecting a specific skill, have been the pride of Japan’s industry. Indeed, few countries except Germany, with its meister system, can boast of such a large corps of highly skilled workers. However, today in Japan there is a danger that this group of workers will not replicate itself. Many younger workers tend to shy away from factory work that is viewed as not being glamorous. And Japanese companies’ recent tendency to hire a larger percentage of their factory workers as contract or other types of flexible staff (as a way to keep fixed personnel costs down) has meant that there are fewer chances for young people to enjoy the long apprentice-style training environment that is needed to develop into skilled technicians. And of course the trend of Japanese firms moving their manufacturing operations offshore doesn’t help provide an environment for developing the next generation.

Recently in Japan, there has been a resurgence of interest in the topic of monotsukuri, the result of a feeling that having strayed too far from its roots has not been a good thing for the Japanese economy. Monotsukuri in a sense has begun to be seen as a symbol of all the traditional craftman’s virtues that Japan is in danger of losing as a result of recent economic changes. As a result, the word has been taken up as a sort of banner. It is said that monotsukuri is now something of a magic word when added to grant proposals in the educational field, and there is even now an institution of higher education called Monotsukuri Daigaku. Given that Japan’s traditional heroes of monotsukuri, the technicians, were almost never college-trained, this is certainly ironic. But such efforts may be what is necessary to help Japan retain its monotsukuri culture in the new millennium.

Note that
monotsukuri is also sometimes rendered in English as monozukuri.