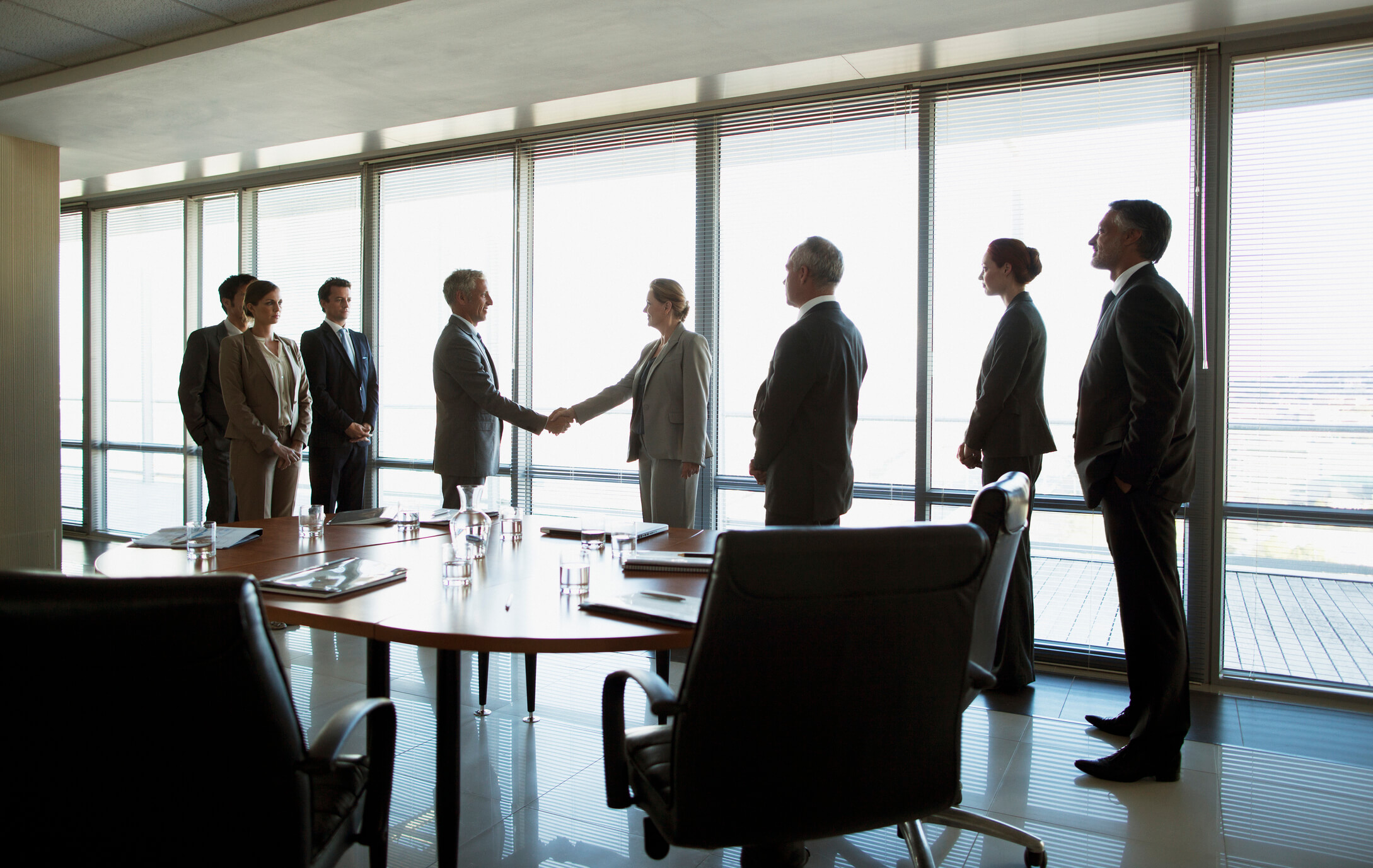 Hiroshi Okada is sitting in yet another meeting with his American colleagues, feeling frustrated as usual.  Everyone in the meeting seems very excited about something, and are flinging their opinions back and forth like so many tennis balls.  Even though Hiroshi is normally fairly confident with his English, when his American colleagues get this worked up about something, it’s impossible for him to follow the fast pace and heavy slang, much less try to get a word in edgewise.   “It seems like they’ve forgotten I’m even here!” he thinks.

You may not realize it, but every time you conduct a meeting you may be actively irritating your Japanese colleagues.  In my work with Japanese, from clerks to CEOs, meetings are one of the most common frustrations when they interact with non-Japanese.

By the same token, there are some common Japanese meeting-related  behaviors that are perennially aggravating to non-Japanese.  How many times have you left a meeting wondering what conclusion was reached, or wondering why a Japanese colleague has spent the entire meeting taking a nap?  Often, these non-Japanese concerns map closely to concerns held by Japanese.  Let’s look at a few of each of these, while analyzing some of the cultural differences that are at the root of them.

Non-Japanese: Why can’t we make a decision during the meeting?

Japanese: They expect me to make a decision in the meeting!

An American manager at a joint venture company recently described to me a meeting he had just attended.  “We had gotten together people from each of the partners, and had a three day teambuilding meeting to work on developing a new mission for our functional part of the organization.  We thought that we had included all the key decision-makers, but at the end of the meeting, the Japanese representatives told us that they would have to go back and discuss it with people in Tokyo.  It’s two months later, and we’re still e-mailing back and forth about it.  Why couldn’t we have just decided there, that was what the meeting was for!”

This type of frustration is typical for non-Japanese.  In European and North American cultures, particularly time-obsessed American culture, a meeting is regarded as the place where a decision is made.  Get the key decision-makers together, hash it out, and they you’re done with it.  However, for Japanese, a meeting is not where the decision is made.  The decision-making process is a long one, consisting of nemawashi (consensus-building activities) involving many people and spread out over a period of time.  When meetings occur, they are only for information-gathering purposes during the early stage of the decision-making process, or they are a ritual at the end of the process, in which a decision that has already been made is confirmed.

By expecting a Japanese participant in the meeting to commit to a decision, you put them in a difficult position. In most Japanese organizations, no one person, even a high-ranking one, has the power to make commitments on their own.  By forcing the lone or small number of Japanese who attend your meeting to commit to what has been discussed, you put them in an awkward position vis-à-vis their organization. In such situations, often Japanese say something positive as a way to try to extricate themselves from the meeting gracefully, since their non-Japanese counterparts seem to expect it.  And this is taken by the non-Japanese as agreement, a firm commitment.  But later, after they have discussed it with their higher-ups, it turns out that they don’t support what was decided at all.  In a sense, this is the same situation as the story above, but the Japanese haven’t made it clear that they are not in a position to decide.  Often Americans complain to me that their Japanese counterparts frequently reverse decisions that were previously committed to.  It could be that the Japanese never felt that they were actually committing in the first place.

Reflects the manager from the story above, “the Japanese probably came to the meeting with instructions from higher-ups not to commit to anything at the meeting.”  This is probably true.  One way to avoid such situations is to clarify beforehand the purpose of the meeting, and whether decisions are expected to be made.  If there’s a difference in expectations, surfacing them in this manner ahead of time is far better than waiting until the end of the meeting to discover them.  Another helpful practice is to explicitly summarize at the end of the meeting what you believe to have been decided, to give anyone who doesn’t think a decision has been made a chance to speak up.

Japanese:  Why do they make it so difficult for us to participate?

It’s a huge frustration to non-Japanese when they see Japanese just sitting in the meeting and not saying anything.  “What are they thinking?” Why do they come to the meeting if they aren’t going to say something?” are the common complaints.  However, Japanese don’t have the same feeling that each participant needs to contribute.  The democratic idea that everyone needs to give their opinion during the meeting doesn’t exist in Japan.  It may be enough for a participant to just be there, gathering information (if they are a junior person) or showing their support for what is being discussed (if they are a more senior person).

Also, in many cases Japanese who do want to participate have trouble doing so.  As in the example at the beginning of this article, the fast-paced, slang-filled discussions can leave even Japanese who have good English skills feeling bewildered and left out.  It’s difficult to contribute if you can’t understand what’s being said.  For many Japanese, listening comprehension is their weakest English skill.  If the Japanese in your meeting aren’t saying anything, it could be because they have lost the thread of the conversation.  Don’t let the heat of the moment cause you to lose sight of the basic rules to remember when talking with non-native speakers of English: slow down, avoid slang and idioms, keep your grammar simple, and repeat key points frequently.  Lack of comprehension is also often the source of one of the other Japanese meeting practices most annoying to Americans – side conversations in Japanese.  Rather than trading secrets, such conversations usually consist of one Japanese asking another “do you have any idea what they just said?”  If a lot of these side conversations are happening, take it as a hint that you need to slow down and simplify your speech.