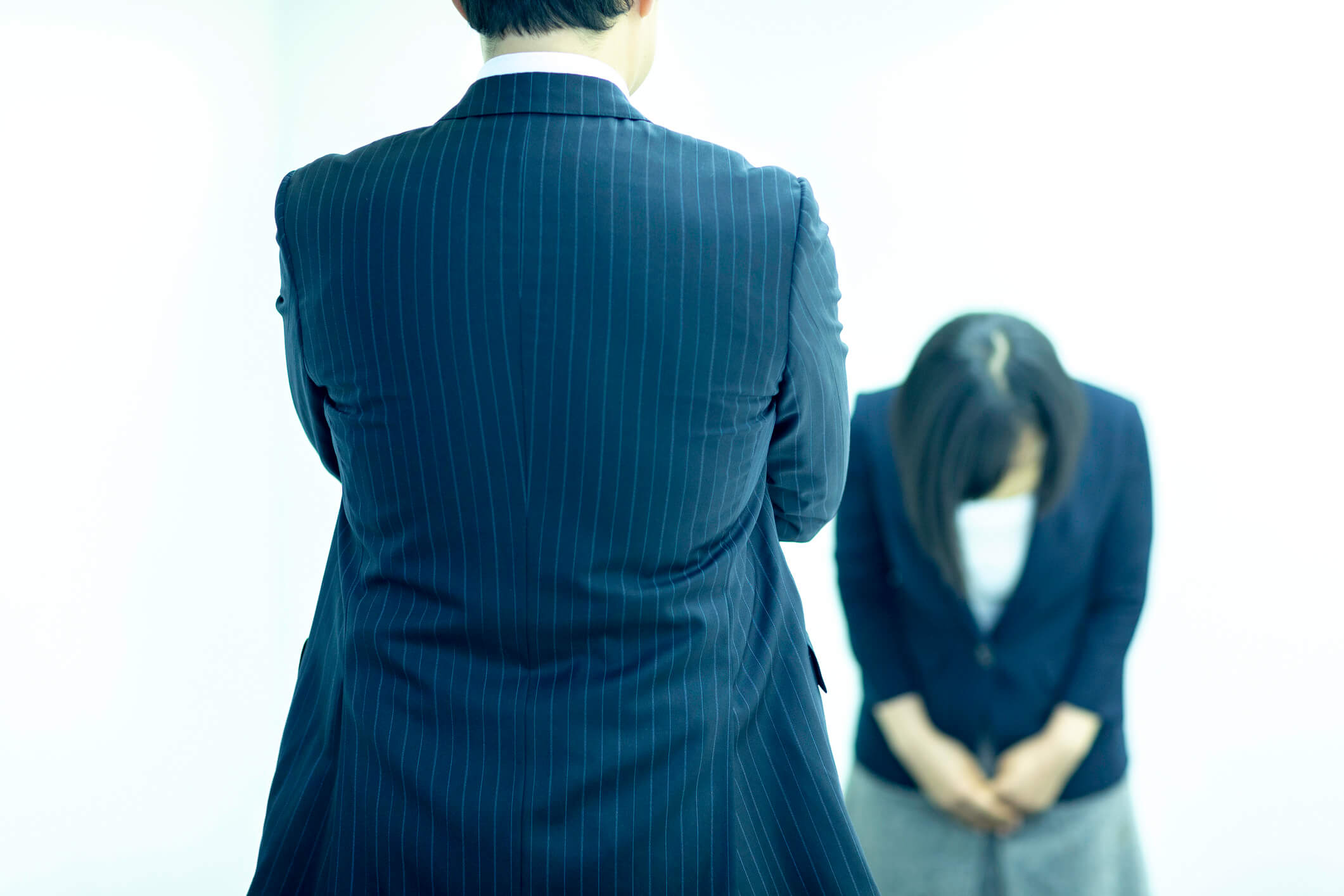 A recent popular word in Japanese business is power hara, or short for power harassment.  Many Japanese seem to believe that this is an English word, but actually it’s a Japanese invention.  In English, this phenomenon would be referred to as “abuse of power”, “being an abusive boss”, or “the boss intimidating his subordinates.”

Two other terms have recently become popular in Japan.  One is kireru, which can be translated as “to lose one’s temper” or “to blow one’s top”.  Another is oni joshi, literally “devil boss”, which was used in a title of a popular book that advised managers to be tough on their subordinates.

Sadly, statistics as well as casual observation show that unfortunately there are many Japanese bosses who are devilish and prone to losing their temper.  Being harsh towards one’s subordinates is often encouraged in Japanese culture, and a blind eye is turned toward yelling and other harsh treatment.   In fact, for many Japanese, a tough boss is the only kind of boss they have ever had, so this kind of management style seems normal to them.  Combine this with the recent situation of companies and managers under pressure to produce profits with fewer resources, and it’s no surprise that in many cases this kind of behavior veers into the realm of harassment.

I am often asked whether “power harassment” exists in the United States.  The answer is yes, but not nearly to the extent that it does in Japan, because in American society such behavior is not condoned.  If a manager yells at his subordinates, that is considered extremely inappropriate, and the minute that the HR department gets a whiff of it, they will haul him off for some executive coaching to get him to change his behavior.  And if the yelling continues, he may even lose his job.

Also, the fluid U.S. labor market means that American employees do not need to put up with a boss who mistreats them – they can simply look for a job elsewhere.   Indeed, according to survey data, “poor relationship with one’s boss” is the #1 reason that American employees change jobs.  And in extreme cases, employees may complain to the company, or even file a lawsuit.  So employees have more than one means of redress or escape from a bad situation.

In Japan, fearing retribution if they complain, and with fewer options to change jobs, most Japanese employees of devilish bosses choose to simply gaman, or put up with the behavior.  They know that due to the periodic personnel reshuffles common in Japanese companies, at some point either they or their supervisor will move to another area, providing them some relief.

Japanese firms themselves also seem curiously reluctant to take a strong stance against supervisors who are overly harsh toward their subordinates.  It almost seems as if companies are willing to let managers manage in any way they like, or in other words companies seem unable to truly control their managers.

On a related note, in Japan the term sunao is often used to refer to an ideal subordinate.  This term is usually translated into English as “obedient.”  This creates a negative impression, as obedient is a term typically used to describe children and dogs.  It thus conjures up the image of a tyrannical boss,  and perhaps the boss who engages in power hara does indeed want someone obedient as their subordinate.  However, when referring to adults in the workplace, “cooperative” would be a better-sounding translation.