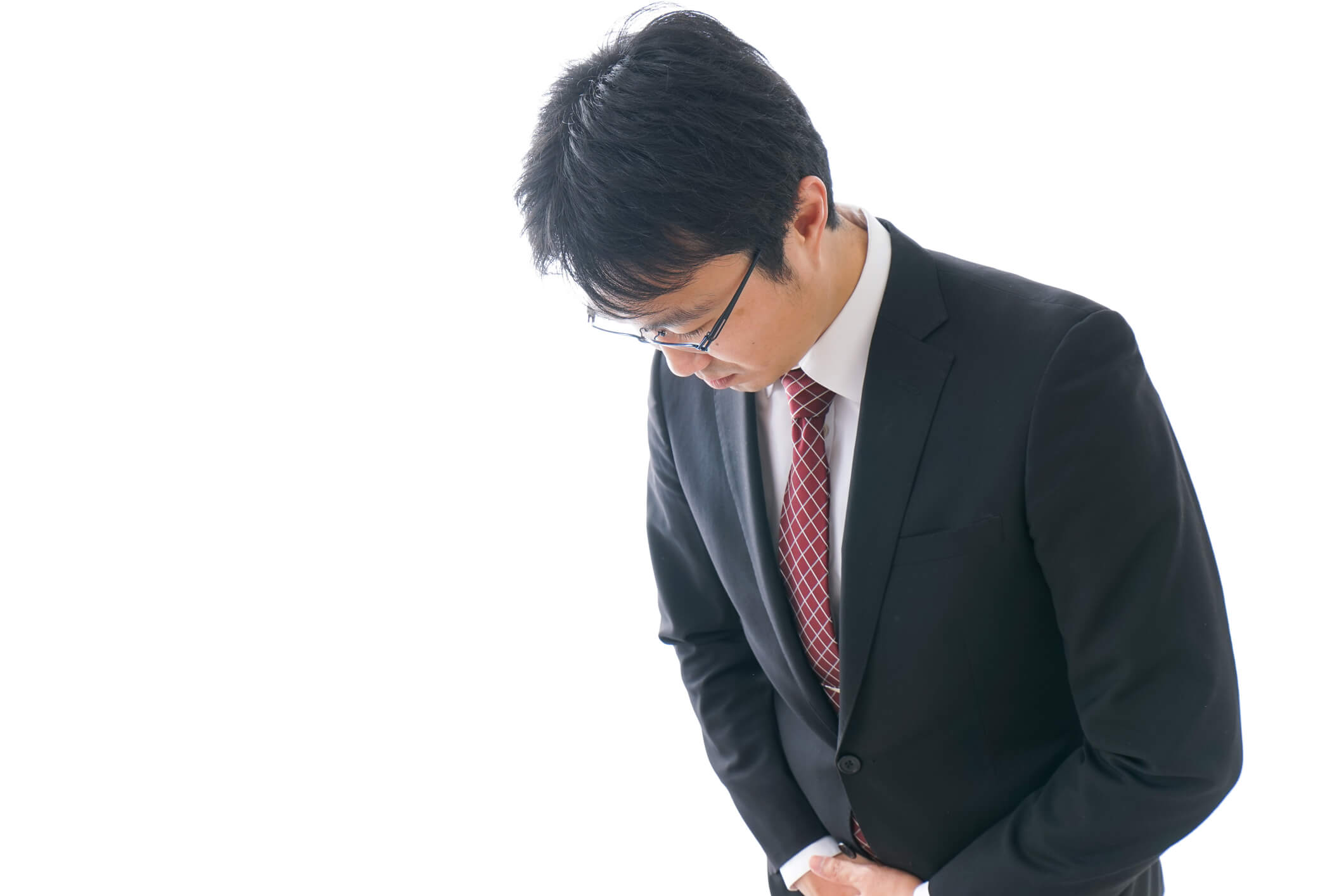 Clearing the air — the power of apology in Japan

It would be great if things always went well in business relationships. Products would always be defect-free and delivered on time. Suppliers would always be reliable. The weather would always cooperate. However, things sometimes do not turn out as planned or promised. Some of these things we can acknowledge to be our fault: our errors, our lateness. Other things are not necessarily our fault: our supplier did not deliver, someone else made the mistake, bad weather knocked out power, etc. When things are going well with your Japanese customers, cultural sensitivity to their expectations is very useful. When things go wrong, cultural sensitivity is critical. How you respond when there is a problem is the key to maintaining good relationships with your Japanese customer.

It is not a good idea to try to explain away the problem in a way that absolves you of any responsibility. The Japanese will see it as making excuses, not as an explanation. For example, if a person is late for a meeting, he or she might say, “I arrived late because the traffic was bad.” The latecomer sees it as a valid reason for being late, but you or I or your Japanese customer might see it as an excuse. The better way would be for them to say, “I’m sorry I’m late. I didn’t leave my office early enough to get here during the rush hour.” Be willing to take responsibility and acknowledge mistakes when the customer has experienced an inconvenience.

What Doesn’t Work: Blaming Others

In the previous example, traffic was blamed for lateness. Blaming others looks even worse. What would you think if the latecomer said, “I arrived late because Joe kept me from leaving the office,” or “I arrived late because Joe was driving too slowly”? These all seem like excuses to avoid taking responsibility for the situation. Passing the blame on to coworkers or suppliers does not impress the Japanese.

What Doesn’t Work: Blaming the Customer

There is sometimes a temptation to blame the customer for giving unclear instructions, or being too demanding. What if the latecomer said, “I’m late because you didn’t give me a clear map to the office”? Or, “I seem late, but that is because you are insisting on exact punctuality, and everyone in the industry knows that is not done that way”? To the Japanese customer, this seems defiant and defensive, and shows an unwillingness to acknowledge mistakes and learn from them. In Japan, a supplier is supposed to be willing to try harder to fulfill the customer’s demands.

What Does Work: Apologizing

A sincere apology is one of the best tools of customer service. In the United States, an apology often determines fault and liability, so we are reluctant to apologize. In the Japanese context, an apology is less of an admission of guilt than as a mature acknowledgement that errors were made, and an interest in working to make things right. It shows a “kaizen mind” that reflects on errors and works to prevent recurrences. An apology clears the air and repairs what was broken. Apologies permit all parties to let go of the past and move forward. Apologize, regardless of who is at fault. If you really cannot make yourself do this if you are not at fault, you can say, “I’m really sorry this happened.”

The Power of the Apology in Japan

In Japan, apologies are expressed ubiquitously. When you begin learning Japanese language, you immediately learn three or four different expressions for “excuse me,” and “I’m sorry.” Apologizing is the lubricant of social relations in a society with very little personal space. Apologies have their place even in dealing with Japanese government bureaucracy. I had the following experience when I first came to Japan as a student. If you have ever lived in Japan, perhaps you have had a similar experience. I discovered that I had missed the deadline to submit papers to my city office for an important document I needed for school. When I got to the front of the line, and spoke to the official (who spoke English, fortunately!) I gave all sorts of reasons why I was late: my landlady had not given me the notice, I did not know where the city office was, etc. The official did not budge. I then tried begging. I needed the document to enroll in school, I wanted to learn Japanese, etc. Finally, I said, “I’m sorry, I didn’t …” Immediately, the official’s face was wreathed in smiles. He pulled out a pad of stationary from underneath his desk. It was printed with the words “To the Minister of the Ministry of ______” on top. It was to write a letter of apology! I wrote the letter, gave it to the official, and he gave me the document I needed. Once I stopped making excuses and blaming others, and finally took responsibility for my mistake, I stopped failing. The official was listening for the magic words, “I’m sorry”!

Depending on the severity of the issue and its impact on the customer, it might be a good idea for a top executive of the supplier to apologize in a face-to-face meeting with the Japanese customer. This emphasizes the supplier’s commitment to making sure that the customer does not experience the same problem again in the future.

Staying out of trouble

In Japan, deadlines and delivery dates are taken literally and set in stone. Deadlines should not just be viewed as desirable guidelines – they should be viewed as strict drop-dead dates. Avoid making off-hand comments about when something will be done, because they will be taken literally. Don’t over-promise. When asked to give a delivery date, offer a date you are sure that you will be able to meet no matter what happens. Your Japanese customer is likely to be planning an entire schedule based on your deliverables, so if you are late, they will be severely inconvenienced. It is better to give a realistic deadline with a margin of error built in, and meet it, than to slip the deadline. That way, you won’t have to make excuses, and you won’t need to apologize!