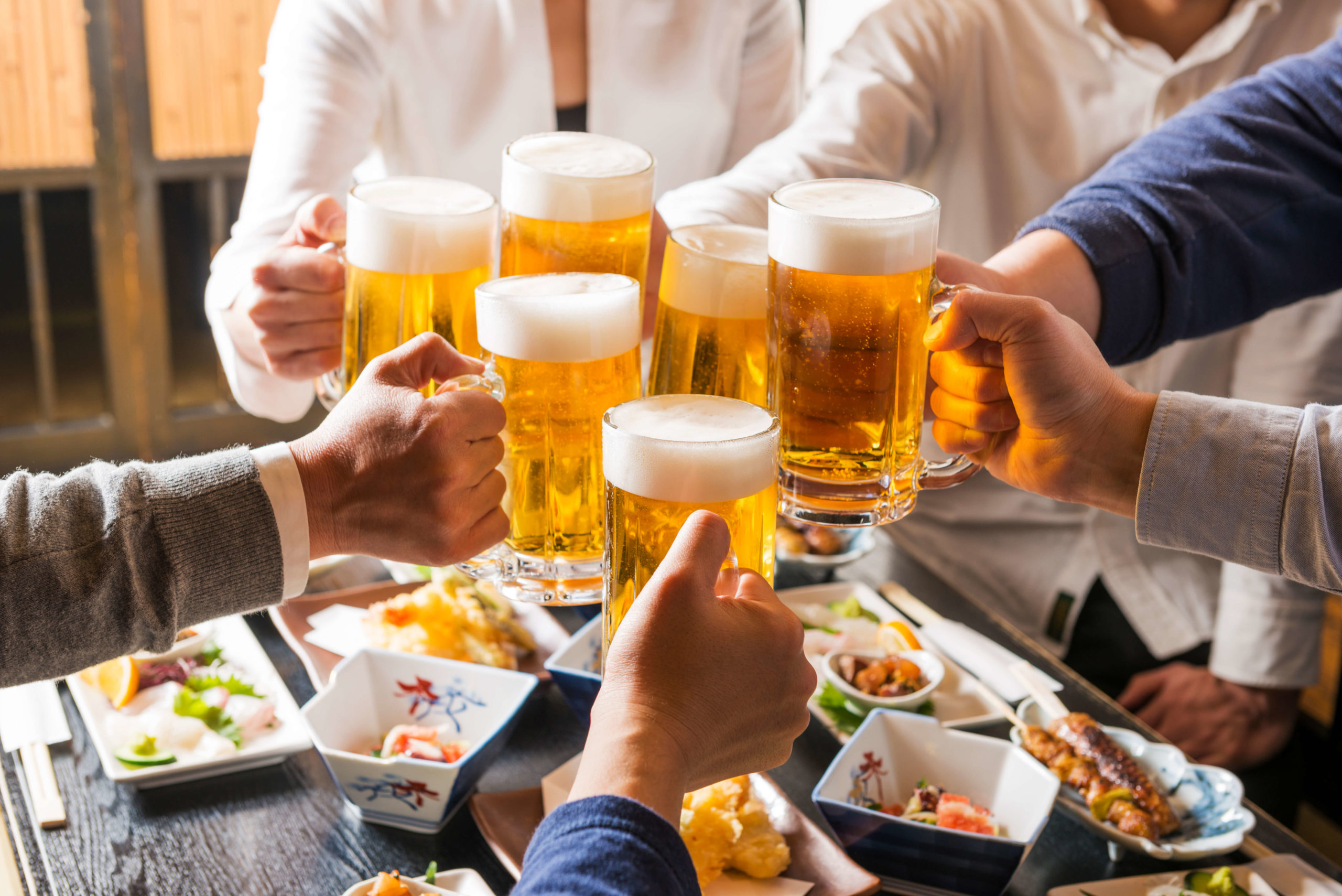 “I heard that Americans don’t often go out to drink after work with their colleagues.  If that’s the case, how do Americans talk about difficult work issues?”  That surprising question was asked to me by a Japanese businessman I know, someone who is curious about the world but has never lived in the U.S.

From the Japanese point of view, his question is a natural one, because indeed many sticky issues get sorted out over drinks in Japan.  Traditionally, the consumption of alcohol has been the Japanese cultural signal that it’s ok to be frank and open.  The natural loosening of inhibitions from alcohol also has the effect of loosening lips.  After-work bonding over alcohol thus also creates the perfect atmosphere for getting things out on the table that are too hard to say while in the constrained environment of the office. This phenomenon is often referred to as “nommunication” – a combination of the Japanese word for drink, nomu, and communication.

Americans who work with Japanese quickly become aware of the Japanese penchant for tackling difficult matters at a bar rather than in the conference room.  As one example, I once met an American engineer who was sent by his American employer to be a liaison to their Japanese joint venture partner.  He was stationed at the joint venture partner’s headquarters in Japan, and of course worked closely with his Japanese counterparts and participated with them in many after-hours drinking sessions.

This engineer quickly realized that is some sticky topic came up, he was much more likely to make headway if he discussed it with the Japanese at a bar in the evening rather than trying to do it during the workday.  However, he started to feel frustrated at the inefficiency of not being able to address certain topics at the office, and didn’t want to dedicate every evening to discussions over drinks.

As he retold it to me, one time in an afternoon meeting he was so aggravated at his Japanese counterpart’s reticence, he grabbed some water glasses and a pitcher of water and said. “We are now in a bar! This is beer in this pitcher.  Now, tell me what you really think!”  Since I wasn’t there I don’t know whether his Japanese counterparts appreciated the humor or not, but apparently the ruse didn’t work and he couldn’t get any meaningful comments out of them until later when they were in an actual bar.

Because Americans are used to a direct communication style, it’s often difficult for them to understand Japanese reticence to talk about difficult issues.  Also, there is not the same tradition in the U.S. of behaving differently in the workplace as compared with a watering hole.  So like the engineer described above, many Americans are bemused by the Japanese custom of nommunication.

That isn’t to say that Americans don’t like to drink with work colleagues.  Indeed, many Americans tell me that they really enjoy letting their hair down with Japanese colleagues after work.  For Americans too, social situations are a good way to get to know people better and to communicate with them in a more open and friendly way.  It’s just that perhaps the contrast is not as strong for Americans between their at-work persona and their evening persona.

Some thoughts for Japanese: If you are going to be engaging in nommunication with American colleagues, remember that it’s not typical in the U.S. to drink as much in business situations as it is in Japan. Be careful not to make your American colleagues feel that they must drink in order to take part in the camaraderie. Be sure to offer alternatives such as tea, juice, or water. And whenever you can get difficult issues covered during the day, so that time together in the evening is relaxing, that will be much appreciated.

Some thoughts for Americans: Spending social time with Japanese colleagues is an excellent way to build your relationship. Don’t feel however that you have to keep up with the Japanese drink-for-drink, and indeed you don’t even need to drink at all. The key point is to be spending a relaxed time together and getting to know each other better. And if in the course of doing so you can tackle some difficult topics that it was hard to discuss during the day, so much the better.

AFTER FIVE IN JAPAN…HAPPY HOUR OR THE CRUX OF THE MATTER? THE ART OF NOMUNICATION

THE ART OF DRAWING OUT INFORMATION FROM JAPANESE COLLEAGUES