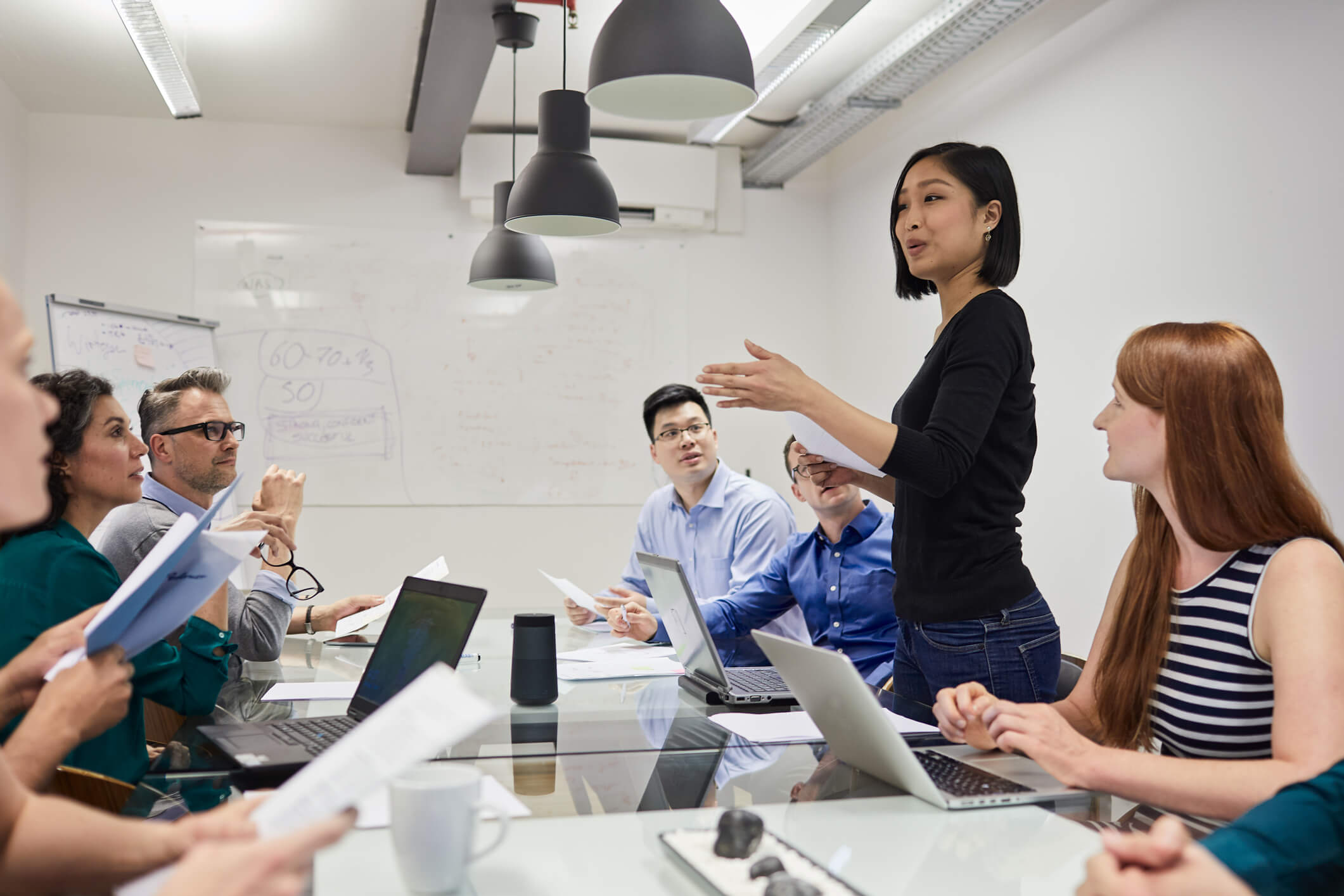 Non-Japanese are often perplexed as to why Japanese are so reticent in meetings. For non-Japanese, the whole purpose of a meeting is for people to talk. So why do Japanese often tend to stay quiet, and not share their opinions?

I believe there are two main reasons why Japanese do not participate actively in meetings. First, many Japanese feel that when they speak up in a meeting, they will be judged. Perhaps people will think that their idea or question is a stupid one. Or perhaps people will think that their English is not good. While these concerns are understandable, one should not allow them to become paralyzing. For Japanese, it’s important to keep in mind that in a meeting situation, non-Japanese are not necessarily so judgmental about what people say in a meeting. Not every idea has to be perfectly formed, or every sentence completely grammatical. You have been invited to the meeting because it is believed that your thoughts are valuable – which means people want to hear them. So please let this reassure you, and gather your courage and speak up!

The second reason that Japanese are often quiet in meetings is that they have trouble getting a word in edgewise. Many non-Japanese don’t realize that the typical fast pace of meeting conversations in English makes it difficult to break into the discussion. So it’s helpful if non-Japanese try to slow down. Also, effort can be made to call on people who are quieter. This gives them an easier way to get involved in the conversation. Some phrases for doing this include, “Tanaka-san, would you like to add anything?” and “Sumiko, do you have any comments?”

There are also some techniques that Japanese can use to break into a discussion more easily. The first is, don’t be so afraid to interrupt. Although in Japanese culture interrupting is extremely rude, and even in western cultures it’s not considered desirable, as a practical matter it sometimes is necessary in order to get oneself heard.

There are also a variety of phrases that can be used to signal that you want to speak up.

Accompanying these phrases with waving your hand a bit can help to draw attention to yourself.

In an extreme situation where the discussion has become a free-for-all, one way to break in is to make the T-shaped hand signal used in American sports, and to say “time out!” as a way to get a break in the conversation. However, as this is a rather extreme measure, you had better have something really good to say if you do this!

The third reason that Japanese tend to stay silent in meetings is that they are unable to keep up with the conversation in English. When things are moving too quickly, or too much slang or technical jargon is being used, Japanese may lose the thread of the conversation. And rather than imposing on the group, they will then tend to just sit back quietly. So, if there are Japanese participants in your meeting who are not actively participating, it could be a sign that the English level needs to be toned down or slowed down.